A visual timeline on how the attack on Capitol Hill unfolded

A rally in support
of President Donald
Trump turned deadly
when thousands of of
attendees stormed the
U.S. Capitol building on
Wednesday.

The unprecedented
chaos in the nation’s
capital began midday
Wednesday at a “Save
America” rally at the
Ellipse, a park near the
White House, where
Trump incited his
supporters to march
to Capitol Hill, where
Congress was meeting
to certify Joe Biden asthe 46th president of the United States.

Federal law enforcement vehicles raced to the Capitol in an effort to beat the mob there. Soon, after breaching through barricades and security checkpoints, the protesters were inside the building — forcing lawmakers to go into lockdown.

Members of the angry mob went door to door waving Confederate flags, looting the offices of senators and congressmen and repeating the false rhetoric that the president has spread since November — that Trump was the real winner of the election Lawmakers were forced to retrieve gas masks from under their seats as tear gas was released into the rotunda.

A woman was shot amid a standoff between police
and protesters in a stairwell outside the House
chamber. The woman, Ashli Babbitt, was one of
four people who died as a result of the mayhem.
As the minutes turned to hours of violence,
politicians called on Trump to instruct his
supporters to leave the Capitol. In a Twitter video
that was later removed, Trump told them to go
home, but repeated that the election was “stolen”
from him and said he “loved” the protesters.

Senators returned to the session at 8 p.m. to confirm
electoral votes, but the building was not deemed
cleared until about 1:30 a.m., nearly 12 hours after
the frenzy began. 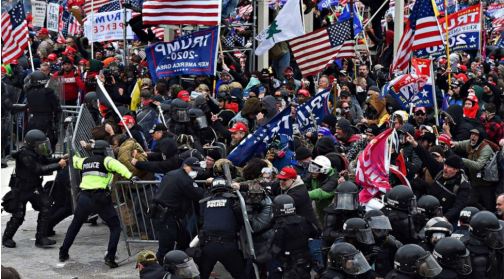 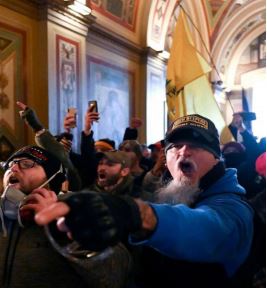 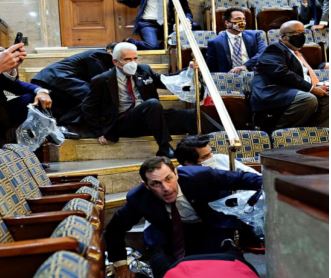