BEREA, Ohio (WJW) — Democratic presidential nominee Joe Biden is leading in both Michigan and Wisconsin, according to the results of the fourth 2020 Baldwin Wallace University Great Lakes Poll. The race is closer in Pennsylvania and Ohio. Poll results showed Biden up five points in Pennsylvania; and in Ohio, Biden trails President Donald Trump by two points. BW says all results fall within the margin of error with the exception of Michigan. They also showed that Biden holds a 7-point lead in Michigan and a 6-point lead in Wisconsin. 2nd presidential debate is officially canceled, Commission confirms The poll, conducted by BW’sCommunity Research Institute surveyed registered voters in Michigan, Ohio, Pennsylvania and Wisconsin on various issues including Trump’s handling of the pandemic and the economy, the U.S. Supreme Court vacancy and attitudes toward the Affordable Care Act (ACA) and abortion. According to the survey, Ohio voters say Trump and the current U.S. Senate should decide who should fill the current vacancy on the U.S. Supreme Court. Voters in the other three states say the decision should be left to the winner of the presidential election.
A majority of voters in all four states believe abortion should be “mostly” or “always” legal. Only 12% to 14% of voters believe abortion should always be illegal. More than half of survey respondents in all states somewhat or strongly support the ACA.
The results also suggest Trump’s performance in the first presidential debate didn’t help him, with a plurality of voters saying that Biden won. Few voters are undecided at this point. ‘Out of control. A rigged election’: Trump speaks out after nearly 50,000 Ohio voters received wrong ballots According to the survey, more than half of the voters in Michigan, Pennsylvania and Wisconsin disapprove of the job Trump is doing as president. Fortyfive percent of Ohioans who disapprove. 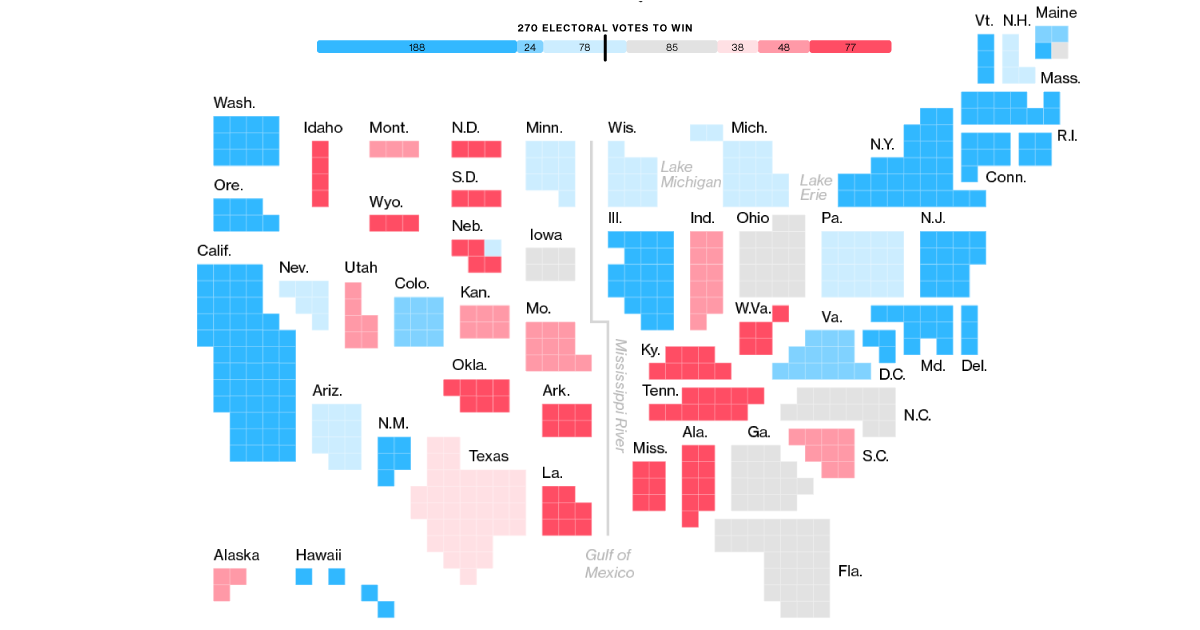 The poll suggests that Trump collects higher marks for his handling of the economy and lower ratings for his handling of the coronavirus. Voters in all four states say Biden would do a better job handling the coronavirus and uniting the country, although Ohioans are more closely divided. Ohio voters also narrowly say Trump is the candidate who would better address the protests around the country, while voters in the other three states choose Biden.
In regard to the presidential election, about 80% of Democrats and Republicans in the four states are equally enthusiastic to vote in the presidential election compared to 60% of Independents.
Most poll respondents also said they were in favor a federal holiday for voting, same-day voter registration and making voter drop boxes more widely available. At the same time, thee is widespread support for voter ID laws and automatic removal of people from voter rolls. BW also reports that the supermajority of voters believe Biden will concede if Trump wins, just one in four voters believes Trump will concede if Biden is declared the winner.