Could Lebanon end up being cast aside by the international banking system? 

Lebanon’s ongoing crisis since 2019 has caused irreparable damage to the banking sector, which had previous survived such turmoil as the 15-year civil war from 1975 to 1990.

The 60 or so Lebanese banks that share the market have reduced their range of services, no longer grant loans, limit their clients’ access to their foreign currency deposits, are blocked by illegal restrictions put in place since the beginning of the crisis and make it difficult to open new accounts. The distinction, validated by Banque du Liban, between “fresh” dollars (in cash or transferred from abroad) and “Lebanese” dollars or “lollars” (blocked in banks) is one of the most obvious stigmas of this collapse masquerading as a flight to safety.

Boycotted by a large portion of the Lebanese since 2019 and increasingly attacked in court, the banks now face a crucial new deadline: the assessment of Lebanon’s compliance with international standards by the Financial Action Task Force (FATF). The entity’s Middle East and North Africa sub-division, MENAFATF, visited Lebanon between July 11 and Aug. 5 as part of its periodic mission.

Founded in 1989, the FATF has 199 member countries, and its mission is to define measures to combat money laundering and the financing of terrorism, as well as the financing of the proliferation of weapons of mass destruction, according to the organization.

“The organization sets international standards [in these areas] while helping countries to implement them,” says Chahdan Jebeyli, who works as a legal advisor at Bank Audi.

The FATF classifies countries into three lists depending on their degree of compliance with its recommendations: the list of compliant countries, the gray list (under surveillance) and the black list (at risk and non-cooperative). To date, only two countries are in the last category: North Korea and Iran.

The most recent update of the gray list dates from last June and includes 23 countries, including seven from the region: Jordan, Morocco, South Sudan, Syria, Turkey, the United Arab Emirates and Yemen. Only one European country, Albania, is on the list.

Lebanon before the crisis

Before 2002, Lebanon was placed on the gray list, with a risk of being blacklisted, prompting MPs to pass Law No. 318 that same year against money laundering, followed by the establishment of the Special Investigation Commission, a body that is in principle independent but chaired by BDL governor Riad Salameh. The commission can therefore lift the bank secrecy  law in force since 1956 in a number of cases, which were expanded by Law No. 44 of 2015, including corruption, influence peddling, embezzlement, tax evasion and illicit enrichment.

The passage of this law kept Lebanon on the list of compliant countries in 2017. More recently, “it has been more than a year since the BDL has issued circulars to strengthen the fight against money laundering,” emphasizes the director of the research department of Byblos Bank Group, Nassib Ghobril. The latest circular, No. 633 of July 19, imposes a new set of control measures that banks must implement internally in their relations with their customers and the banks with which they work.

During its last evaluation, the FATF had placed Lebanon on the list of compliant countries while pointing out some areas for improvement, such as a further expansion of offenses including counterfeit products, robbery and illegal trade in stolen goods, as well as hostage taking, explains tax lawyer Karim Daher, a member of the Committee for the Protection of Depositors, formed within the Beirut Bar Association. The FATF also asked Lebanon to extend the penalties of hard labor from five to 10 years, instead of three to five years.

The new assessment was supposed to take place in 2020, but was officially postponed for one year at Lebanon’s request due to the COVID-19 pandemic. A new postponement was granted in 2021, due to the exceptional circumstances riling the country — the economic crisis as well as mismanagement of the damage from Aug. 4, 2020. It’s important to note that the Palestinian territories that year, and more recently the United Arab Emirates, have also obtained postponements of this diagnosis.

More specifically, the FATF is conducting two assessments. The first, which began in January for Lebanon, consists of a technical review targeting the completeness and compliance of the country’s laws. The second focuses on their actual effectiveness and implementation on the ground. “The FATF asks private and public sector actors how they apply the laws. For example, they meet with judges and ask them how many money laundering trials have been held and how many have received a final decision,” explains Jebeyli, the legal advisor with Bank Audi. Banks, lawyers, notaries, the police, the Lebanese Army, customs and auditors are also interviewed during this process.

The meeting with the Bar Association “went well,” according to Protection of Depositors member Daher, “because they are up to date with international regulations.” However, he adds that the FATF will also meet with law firms that they have previously identified with the assistance of the Special Investigation Commission, the body chaired by Banque du Liban Governor Salameh. It is indeed the commission that plays the role of “project manager in Lebanon,” explains Jebeyli, who adds that “it is the one that informs everyone of the standards to be followed.” The meeting between the FATF commission and the banks was “professional” and “fair,” says Jebeyli, without providing more details.

But Daher believes that it will be difficult for Lebanon to remain in the category of countries that have nothing to reproach. “We are not well off, but I hope they will take into consideration the exceptional circumstances the country is facing. Jebeyli echoes that opinion: “Lebanon has good laws, but the real challenge lies in their implementation. It is in this area that Lebanon must make more efforts.”

In terms of results, three scenarios are possible: either Lebanon remains on the list of compliant countries, or it is placed on the gray list with the label of a cooperative country, after which the FATF would then provide a list of commitments to be met alongside a schedule of deadlines. Or, it placed on the same gray list but labeled as non-cooperative and thus presenting a risk of eventually being blacklisted.

But even if Lebanon is downgraded, the consequences should not be catastrophic for the time being. “If Lebanon fails this review, it does not mean that the corresponding banks will automatically stop dealing with Lebanese banks, but it sends a very bad signal,” explains Daher, who says that the FATF should provide its final assessment at the end of this year. Jebeyli considers that the fact that correspondent banks continue to work with Lebanese institutions means that they accept the level of application of international standards by their local counterparts.

The economist further states that the correspondent banks take into consideration the sovereign rating of the country. Before 2019, the main US rating agencies assigned a B- to Lebanon, “which was already infamous.” But “with the default [of payment on its foreign currency debt in March 2020], Lebanon is automatically put at the margin of the international commercial banking system,” Ghobril says, recalling that the correspondent banks already require 100 percent cash collateral when opening a letter of credit for a merchant.

In addition to their possible downgrading by the FATF, if banks do not change the application of laws related to anti-money laundering and anti-terrorist financing, they could run the risk of being hit by US sanctions. This would result in the loss of their US correspondent banks, as US Under Secretary of the Treasury for Terrorism and Financial Intelligence Brian Nelson told the Banking Association in mid-Dec. 2021.

The latter urged banks at the time to take more action to combat Hezbollah’s use of the Lebanese banking system and called for a stronger fight against corruption, particularly by identifying politically exposed persons (PEPs), while recalling the Jammal Trust Bank sanctions episode in August 2019. Neither the US Embassy nor the US Treasury responded to our requests for an interview.

Another possible consequence is that the central banks of the 24 countries where Lebanese brands still operate are pushing them out. It should be noted, however, that the steps taken since 2019 by the Cypriot central bank to indirectly push Lebanese branches operating on the island to pack up — by imposing discouraging cash reserve building measures — is not related to a potential FATF downgrade of Lebanon.

Nassib Ghobril says that the few Lebanese banks present in Cyprus had established branches there, whose deposits and assets depended on the Lebanese bank in the country. The fact that Cyprus is slowly recovering from an economic crisis of its own that has changed its banking landscape, as well as the fact that Lebanese banks do not reimburse deposits, may have pushed the Cypriot central bank to make this decision. Subsidiaries, which have a more independent structure but whose shareholding may be majority-owned by the Lebanese banks, have not been concerned.

Another banking source adds that this risk could however arise in Iraq, where Lebanese banks mostly have branches and not subsidiaries. Indeed, out of the 10 banks present, only three will in principle continue their work, for reasons similar to those in Cyprus.

Can Lebanon meet the standards?

“A year ago, it was legitimate to ask whether Lebanese banks were complying with international standards, but now, with the worsening of the crisis, the question is: are they able to do so?” asks one source. They are referring in particular to the harmonized banking standards defined by the Basel III agreements, more specifically the capital and solvency ratios to ascertain if they are solid. If they are not strong enough, they run the risk of being excluded from the SWIFT interbank network.

“But this will be done on a case-by-case basis,” the source says, depending on each bank’s strength and ability to deal with crises. 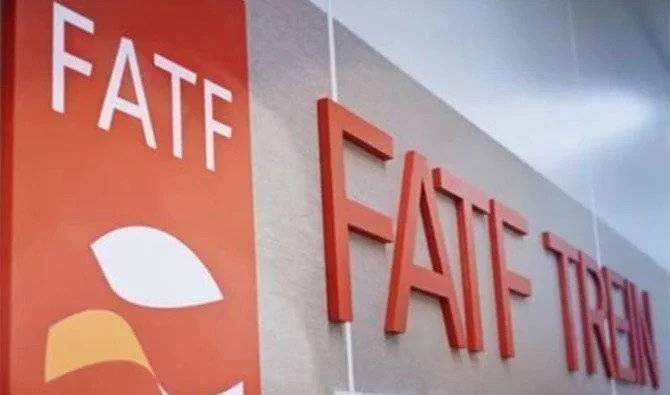 QUEEN’S FUNERAL: THE PLANS IN PLACE AFTER ELIZABETH II’S DEATH

Queen Elizabeth II has died, aged96. The Queen died at her Balmoral estate in Scotland on Thursday 8 September. Her coffin was transported to Edinburgh on Sunday (11 September) where it will lie in state at Holyroodhouse until Tuesday (13 September) when it is...

NEW INFLATION DEVELOPMENTS ARE RATTLING MARKETS AND ECONOMISTS. HERE’S WHY.

When inflation began to accelerate in 2021, price pressures were clearly tied to the pandemic: Companies couldn’t produce cars, couches andcomputer games fast enough to keep up with demand from homebound consumers amid supply chain disruptions. This year, Russia’s war...