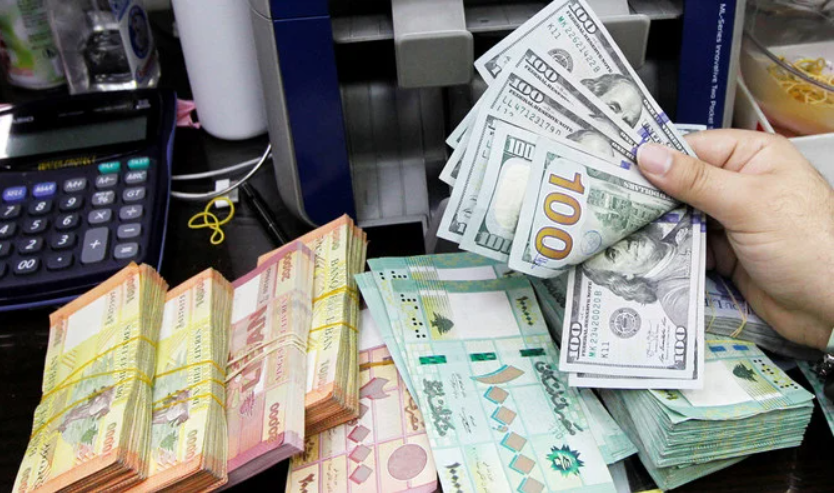 BEIRUT: The Lebanese pound hit a new low on the black market, reaching 14,000 for $1 after it had been somewhat stable in recent weeks at 12,000.
This coincided with a new circular from the Banque du Liban (BDL) instructing commercial banks to gradually repay foreign currency deposits from July. The circular comes into effect as of June 30 for one year, subject to change or renewal.
Under the circular, a depositor can withdraw $400 per month either in banknotes, by transferring it abroad or via bank card transactions that can be used in Lebanon and abroad.
The circular also stipulates that a depositor can withdraw in parallel the equivalent of $400 in Lebanese pounds per month at the prevailing exchange rate on Sayrafa, BDL’s official platform.
Commercial banks have yet to reveal whether their financial capabilities will allow them to implement the circular.
Meanwhile, the Capital Control bill to control the movement of dollars and prevent their transfer outside Lebanon, except in exceptional cases that do not harm the public interest, was approved by Parliament’s budget and finance committee.
“The BDL circular and the approval of the Capital Control draft bill are long overdue,” Dr. Ahmed Al-Lakkis, director general of the Administrative and Financial Affairs Department in Parliament, told Arab News.

“Lebanon may experience the same scenario as Greece, which had around 400 banks before the (financial) crisis but ended up with six afterward. Some banks in Lebanon can handle the new situation, but some may not be able to do so,” he added.
“The fact that the exchange rate has risen by 1,000 Lebanese pounds against the dollar within two days may be caused by the anticipation of the money that will enter the market in light of BDL’s circular. However, I believe that those who’ll be able to withdraw dollars won’t spend them … but rather hide them at home because they trust neither the state nor the banks.”
Meanwhile, people are taking to the streets to protest living conditions, blocking roads in several regions. The Lebanese Army is working to reopen them.

The General Labor Union is expected to carry out a comprehensive strike on June 15. It condemned “all parties obstructing the formation of the government because this is a betrayal of the homeland and the interests of the people.”