S&P: Lebanon’s bank restructuring to cost up to $102 billion 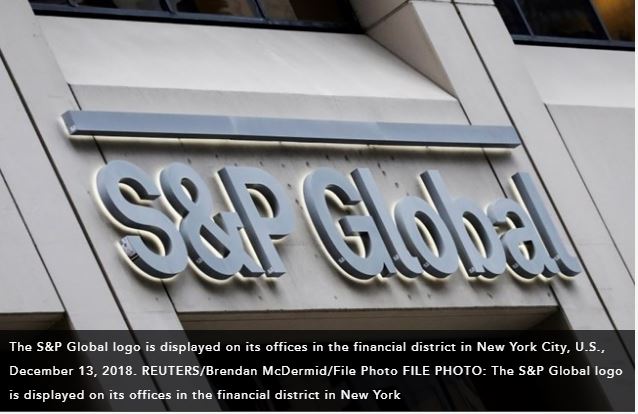 BEIRUT: Standard & Poor’s estimated that the cost of restructuring Lebanon’s banking system could range from $23 billion to $102 billion, depending on which scenario is pursued.

“Our scenarios suggest that the cost of restructuring Lebanon’s banking system could range from $23 billion (using the official exchange rate) under Scenario 1 to $102 billion under Scenario 3,” S&P Global Ratings said in its latest report.

S&P based these scenarios partly on its observations of 17 emerging-market sovereign defaults between 1999 and 2010, where the average haircut on government debt stood at 42 percent.

“We assume a slightly larger haircut than the 42 percent average since the government’s debt is currently trading at a much higher discount,” the report explained.

“The Lebanese government’s 2020 restructuring plan proposed a similar write-down of banks’ deposits and CDs at the BdL,” S&P said.

“Although investors may reject this in practice, this scenario would likely be more favorable for the government debt’s sustainability and the BdL’s recapitalization, in our view. Lebanese Eurobonds are trading at 11 cents-15 cents per US dollar, suggesting that the markets are pricing in an 85-89 percent reduction of the face value. We also assume 30 percent losses on other lending,” the report said.

S&P said that more than a year after the Lebanese government defaulted on its foreign currency obligations, pressure on the banking system was still mounting.

“This is not least because of the COVID-19 pandemic’s economic impact, the Beirut Port blast last August, Lebanon’s ongoing political deadlock, and a run on deposits that’s only been partly slowed by Lebanon’s ad hoc capital restrictions.”

In April 2020, the government under Prime Minister Hasan Diab put forward a restructuring plan. However, the plan was not implemented because of political wrangling, leaving markets in the dark about the potential cost of Lebanon’s financial crisis.

The proposal envisaged writing down government debt and discounting banks’ deposits with the Central Bank.

“The main stumbling block to restructuring appears to be that Lebanon is currently functioning with a caretaker government without authority to agree terms with creditors. The prime minister-designate since October 2020, Saad Hariri, has been unable to form a government because of disagreements with the president and other political parties over the filling of Cabinet positions.”

It added that there is also significant discord among key political institutions regarding the cause and scope of the country’s debt distress and the path to restructuring, including the treatment of depositors.

“While not predicting the steps the government will take, we have developed three scenarios involving various write-down assumptions. We estimate that the cost for banks of restructuring their holdings with the BdL, Lebanese government debt instruments, and other asset write-downs could range from 30 percent to 134 percent of Lebanon’s estimated GDP for 2021, before the impact of potential currency devaluation.”

It added that due to the size of the problem, S&P believe shareholder or external funding alone will probably be insufficient to absorb those costs.

“At this stage, bailing in depositors — for example by paying them below-market exchange rates, or converting deposits into equity — seems highly likely.”

It warned that without a resolution, Lebanese banks could find it difficult to sustain their operations as deposit outflows continue and foreign correspondent banks sever relationships. Failure to restructure the financial system could leave Lebanon with banks unfit to support an economic recovery.”

It noted that Lebanese banks have traditionally enjoyed high foreign-currency deposit inflows, primarily from the sizable Lebanese diaspora. Banks used these inflows to buy government debt or deposit with the BDL to earn high returns.

“The BdL then subsidized the government’s large fiscal deficits. These banking practices have created direct and indirect links between the creditworthiness of Lebanese banks and the sovereign.”

S&P indicated that although the Lebanese government has suspended payments on its Eurobonds, it reportedly remains current on domestic debt obligations as of May 2021.

“The BdL has reportedly been fulfilling the government’s local currency debt repayments by printing money, which contributed to inflation rising to 158 percent in March 2021, year on year. As of March 31, 2021, domestic banks held about 60 percent of their assets in the form of BdL deposits and certificates of deposits (CDs), and 11 percent in government treasury bills and Eurobonds. “

It ruled out the possibility that restructuring foreign currency debt alone would put the government’s finances back on a more stable footing, since that debt comprised only 38 percent of total sovereign debt at year-end 2020 .

“Even a write-off of all Eurobonds and official debt would leave the government with debt amounting to 107 percent of GDP, based on year-end 2020 figures. We therefore believe local currency government debt will likely be part of any debt restructuring program.”

“Absent other sources of funding, restructuring the banking system could affect 4 percent to 63 percent of the deposit base after Lebanese banks’ equity is exhausted. Restructuring costs could be even higher in the event of a currency devaluation. Lebanon’s currency peg to the US dollar has failed because of the country’s reduced access to external financing and foreign currency deposit outflows since 2019, resulting in a steady decline of foreign reserves.”

It added that strong political will and cooperation between key stakeholders, including the legislative and executive branches, the BdL, and the banking association are prerequisites for Lebanon to resolve its current situation.

“Depositors could be asked to convert deposits into equity or subordinated debt, but we don’t think they would do so voluntarily. Customers could also be asked to convert their foreign currency-denominated deposits at a lower exchange rate than is available in the market.”

S&P said that without the formation of a credible recovery plan and political commitment to reforms, donor support from the IMF, or from international partners that pledged $11 billion at the CEDRE conference in 2018, will likely remain elusive.

“In any case, it is unlikely that external funding will be available without significant burden sharing.”