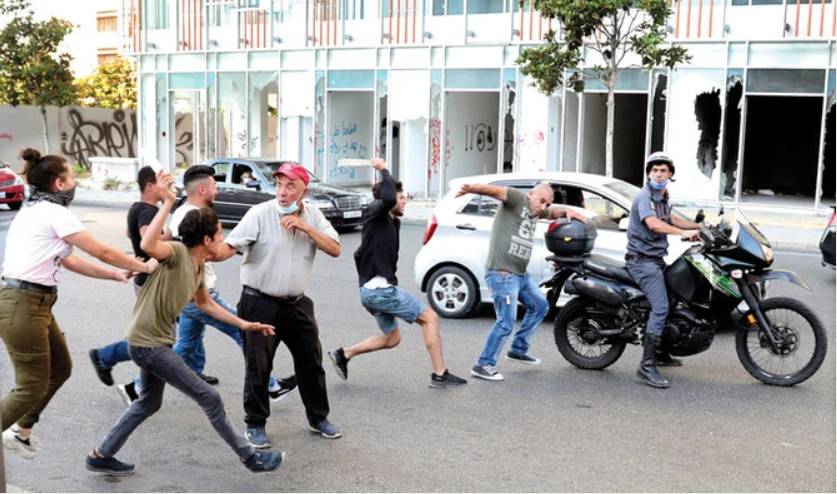 BEIRUT: Lebanese President Michel Aoun has approved an exceptional loan of up to LBP300 billion ($197 million) for the state electricity company to import fuel before supplies run out, according to an official statement.

His approval came days before the country was due to experience a total power blackout.
The hours for electricity rationing in various regions reached minimum levels on Monday morning, with supply to some areas no longer exceeding half an hour a day, and there were increased protests from people after generator owners hiked their service tariffs so that bills became more than LBP700,000 a month, whereas the minimum wage is LBP675,000 a month.
The head of the General Confederation of Lebanese Workers in Lebanon, Bechara Al-Asmar, said that less than 5.51 percent of the population enjoyed the “blessing of electricity, fuel, communications and food in their palaces, not concerned with the daily deaths at the doors of hospitals, the oppression and the anger in people’s hearts every moment.”
He warned of a “great explosion” that would spare nobody, no matter how high up they were or what position they occupied.
On May 28, the finance minister in the caretaker government, Ghazi Wazni, sent a request to the Banque du Liban (BDL) to open four credits worth $62 million to supply electricity production plants with fuel, but the BDL requested government approval.
On Monday afternoon, Aoun agreed to issue the “exceptional approval” for the credits so that Electricite du Liban (EDL) could purchase fuel through the treasury advance.
“The rationalization of subsidies will not currently include fuel or diesel used by generators,” a Finance Ministry source told Arab News.
“It is currently limited to gasoline, along with medicines for incurable diseases and wheat, in order to ensure the continuation of pumping life into the arteries of the state.”
The source also said that the BDL governor, Riad Salameh, had “reduced the reserves from $15 billion to $14 billion in order to be able to spend.”
Telecommunications Minister Talal Hawat tried to reassure people that Lebanon would not return to the “carrier pigeon” and the telecoms sector would not be cut off as long as the BDL secured the necessary funds to purchase fuel.
“Of course, if fuel is not available the internet will stop, but we are not currently at this stage as the energy minister provides us with the required quantity to run the work of all terrestrial and cellular networks. Today we need three times the amount that we used to use previously, that is from 25,000 tons to 70,000 tons per day, due to power outages.
“The network’s electricity generators for emergencies can cover about eight hours, but they are currently working between 20 and 21 hours a day, and there are malfunctions that must be fixed. The budget for operating and maintaining the ground network allocated LBP48 billion from the budget approved by the previous government, and this number is very small with the high exchange rate of the dollar.
“We are working to add an amount of LBP30 billion so that we can pay the obligations until the end of the year and complete the maintenance work. Otherwise, services will be reduced.”
The head of the Association of Power Generator Owners, Abdo Saadeh, said generator owners would adopt a rationing program, meaning the machines would stop daily for between four and five hours.

He said the reason for this move was the “harsh rationing” applied by the EDL and the lack of diesel in the market.
Saadeh spoke about the difficulty in collecting service tariffs from people because a large percentage of them were unable to pay the bills. He rejected the description of generator owners as “mafias.”
“When the ruling class managed the electricity service for tens of years, it looted the $47 billion allocated for electricity and failed to improve it, so who is the mafia?”
The diesel shortage is accompanied by a gasoline shortage as a result of the monopoly,  smuggling to Syria, and the emergence of a black market for fuel. The price of a gasoline canister is LBP100,000.
On Sunday, a man in the Bekaa town of Al-Qaa burned his car because he was unable to fill it with fuel, according to the National News Agency.
As people queued in front of petrol stations to obtain 20 liters, Lebanese Army Command announced on Monday that units in the Bekaa and the north had arrested seven nationals and one Syrian in the past three days.
They thwarted a plot to smuggle about 42,750 liters of diesel and 3,850 liters of gasoline to Syria, in addition to a ton of cement.
The materials were loaded into three trucks, five cars, two vans and a bus.