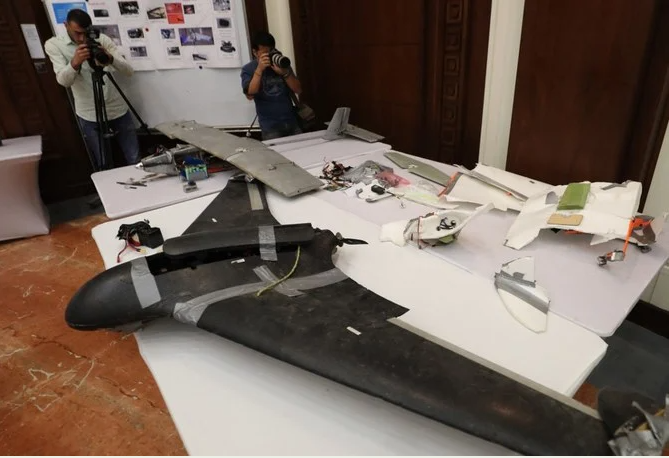 RIYADH: The Arab coalition intercepted and destroyed late on Saturday a Houthi drone targeting Khamis Mushait south of Saudi Arabia, state TV Al-Ekhbariya reported.
We will take all necessary precautions to protect civilians as the Houthis continue to target them, the coalition added.
Last month, coalition air defenses intercepted an explosives-laden drone launched by Yemen’s Houthi militia toward Saudi Arabia late on Saturday, the alliance command center said.
In a statement carried by state TV Al-Ekhbariya, the coalition said the weaponized UAV was aimed at the southern Saudi city of Khamis Mushait along the border with Yemen.
It was the latest in a series of missile and drone attacks by the Iran-backed militia against Saudi Arabia since the Kingdom spearheaded a coalition to restore the UN-recognized government in 2015.
Ignoring calls to support the peace negotiations being brokered by the UN, the militia has also refused to end its offensive in the city of Marib.