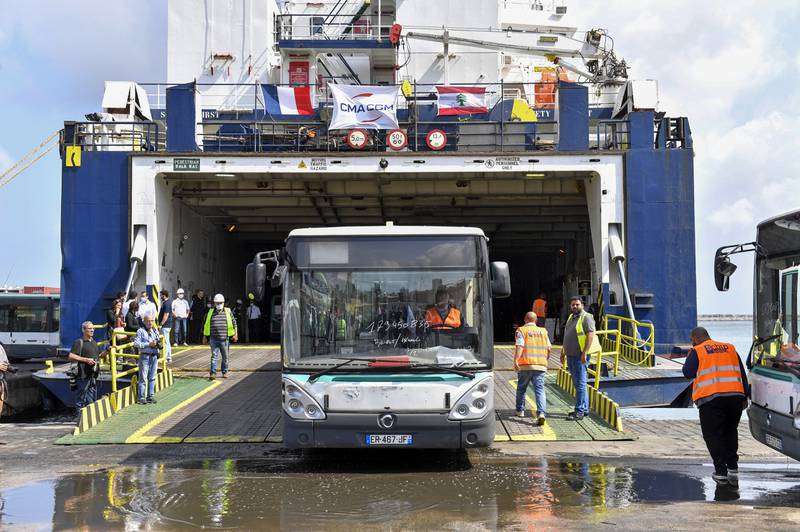 The first batch of 50 buses set to modernise Lebanon’s transport network arrived in Beirut on Monday and will hit the streets in the coming weeks.

Public Works and Transport Minister Ali Hamieh said it was only the first delivery as part of an agreement to help Lebanon improve the country’s ageing and dilapidated public transport system.

A third of the buses will start connecting areas of greater Beirut in the coming weeks, while the remainder will connect the capital with other areas of the country.

While the minister hopes it is the first delivery with more to follow, French officials made clear that “the expansion of the project will depend on the success of this pilot phase and the ability of the Lebanese authorities to improve the public transport network with these 50 buses”.

But they said that Paris would work with Beirut on “technical assistance and expertise”, as well as “an in-depth reflection on the organisation and structuring of urban mobility in Lebanon”.

The donation comes at a time of rising fuel prices, which has pushed more people towards using cheaper public transport.

Lebanon is largely connected by networks of private micro-buses and large but worn, outdated government buses.

Each of the single-decker vehicles can seat up to 92 people, compared with the 24-seat buses that are currently used.

While the project is an attempt to modernise public transit and ease congestion, some advocates for better transport in traffic-clogged Lebanon have voiced concerns that the large buses will struggle on the country’s winding, pothole-filled roads.

Some have pointed out that a change in mentality is needed to accommodate the vehicles. 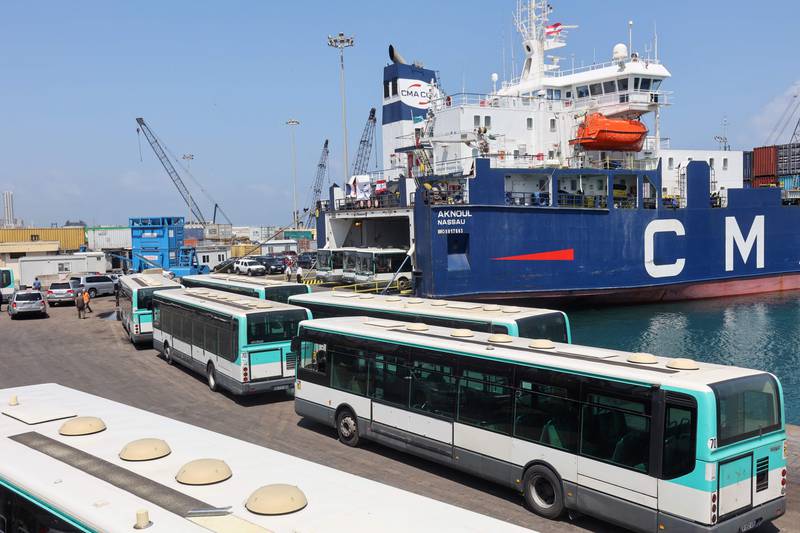 Others worry the issues affecting transport in Lebanon are much more fundamental than merely road size.

Chadi Faraj, co-founder of Lebanese shared-transport advocate organisation Riders’ Rights, asked how the fleet would be integrated alongside “zero resources”.

He said “three quarters of bus drivers are no longer working and there are no adequate salaries”.

“The foundation for transport planning needs to happen before we even put buses on the ground,” Mr Faraj said.

While Lebanon was once connected to the region by rail — and at one time building a Beirut metro was under consideration — the country’s public transport system has been deteriorating for years.

Even before a severe economic collapse devastated Lebanon in 2019, the network suffered from a lack of formal regulation and financing.

The dire state of the sector was exacerbated by Lebanon’s financial slump, with petrol prices rising steeply and public fares too.

Now, the country’s public transport is symbolic of Lebanon’s collapse, with many buses and vans used to shuttle residents between cities in bad shape – broken seats, missing doors and engine problems leaving them prone to breakdown.

The World Bank in 2018 approved an overall package of $295 million to “overhaul Lebanon’s decaying transport sector”.

Despite being hailed as its “first modern public transport system” in decades, the so-called Greater Beirut Public Transport Project failed to materialise due to the country’s continuing economic meltdown.