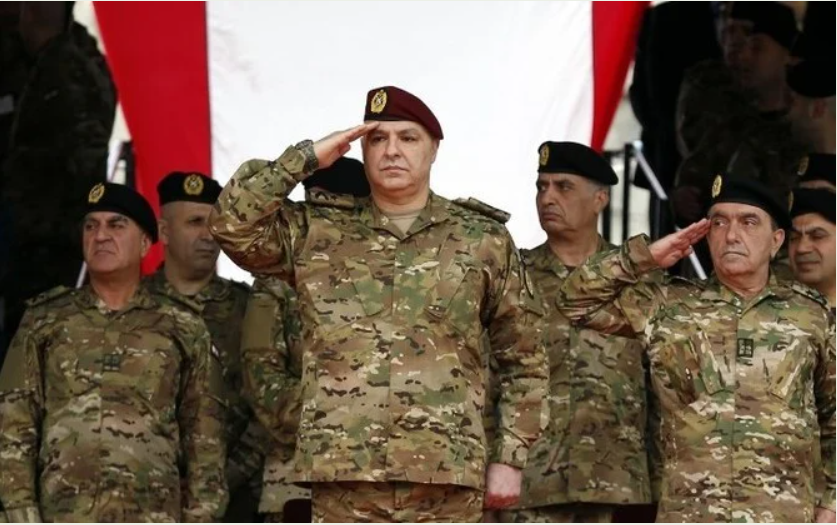 PARIS: France will convene a virtual meeting of countries on June 17 to drum up support for the Lebanese army.
It seeks to weather an economic crisis that has put the military on the verge of collapse, France’s armed forces ministry said on Tuesday.
Paris, which has led aid efforts to its former colony, has sought to ramp up pressure on Lebanon’s squabbling politicians, after failed attempts to rally them to agree a new government and launch reforms to unlock foreign cash.
Discontent is brewing among Lebanon’s security forces over a currency crash wiping out most of the value of their salaries.
Army chief Joseph Aoun was in France last month to warn of an increasingly untenable situation and in response Paris provided food and medical supplies for military personnel, whose salaries had fallen five or six fold in value, forcing many to take extra jobs.
Two diplomatic sources said the meeting would seek aid from countries offering food, medical supplies and spare parts for military equipment. However, it was not designed to provide weapons or other military hardware.
“The objective is to bring attention to the situation of the LAF (Lebanese Armed Forces), whose members are faced with deteriorating living conditions and who may no longer be able to fully implement their missions, which are essential to the stability of the country,” the ministry said, adding that it would host the meeting with the United Nations and Italy.
It aims to encourage donations to benefit the LAF, it said.
Countries from the Lebanon International Support Group, which includes Gulf Arab states, the United States, Russia, China and European powers, have been invited.
Lebanon’s pound has crashed 90 percent since late 2019 in a financial meltdown that poses the biggest threat to stability since the 1975-1990 civil war.
The army has long been viewed as a rare institution of national pride and unity. Its collapse at the start of the civil war, when it split along sectarian lines, resulted in Lebanon’s descent into militia rule.

Employees at Amazon won’t have to work in offices full time after coronavirus restrictions are lifted. This follows backlash from some employees to what they interpreted as the expectation they would have to return to the office full time once states reopen. SEATTLE:...