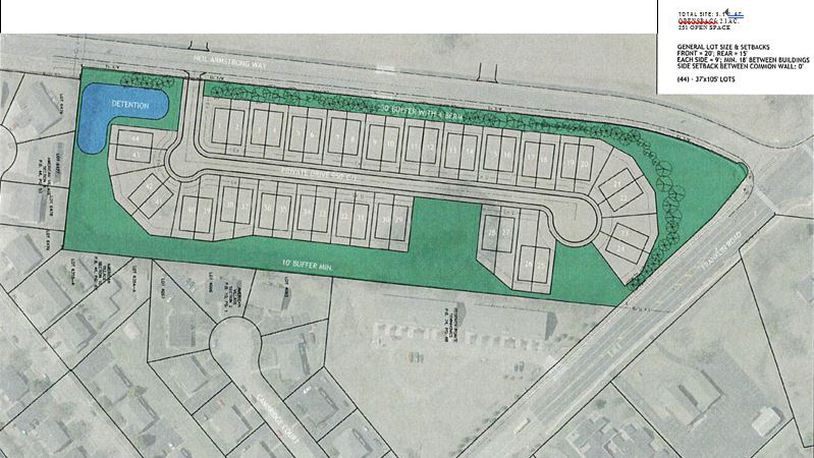 The developer who is building the Tollhouse Farms subdivision recently filed a lawsuit against the city of Lebanon over the type of material that is used to backfill sewer trenches and the refusal to approve development plans and issue construction permits.

The developer is seeking declaratory judgment to force the city to acknowledge its subdivision regulations and accept sewer trench backfill consisting of natural soil as defined in a Ohio Department of Transportation regulation.

The developer is also claiming the city’s action constitutes a partial regulatory taking because the city is imposing an inflexible granular fill requirement for sewer trenches under roadways. The developer said the city’s interpretation of its own regulations and insistence on the use of granular sewer trench backfill would impose severe economic consequences because the granular fill is significantly more costly.

City Council approved the hiring of Isaac Wiles & Burkholder LLC to represent the city and council in the lawsuit.

Sign up for newsletters from the
Journal-NewsYou choose the topics and we’ll keep you connected to in-depth local news.

In its resolution to hire the Columbus-based law firm, city officials said the requirement to use granular fill instead of natural fill for sewer trench backfills beneath roadways was adopted by council in July 2006.

The new subdivision is on a parcel located at the southwest corner of Neil Armstrong Way and Franklin Road, a little over a mile northwest of downtown Lebanon. Tollhouse Farms is a mixed-use development of 9.14-acres that will have 22 attached single-family buildings on 44 lots.

The acreage being developed will Include 2.3 acres of open space and and a detention pond. The residential buildings will be one- and two-story structures. Plans also include a 30-foot buffer along Neil Armstrong Way and a 10-foot minimum buffer to adjacent existing residential homes. The proposed subdivision is near the Bowman Elementary School campus and Traditions of Lebanon, a retirement community.