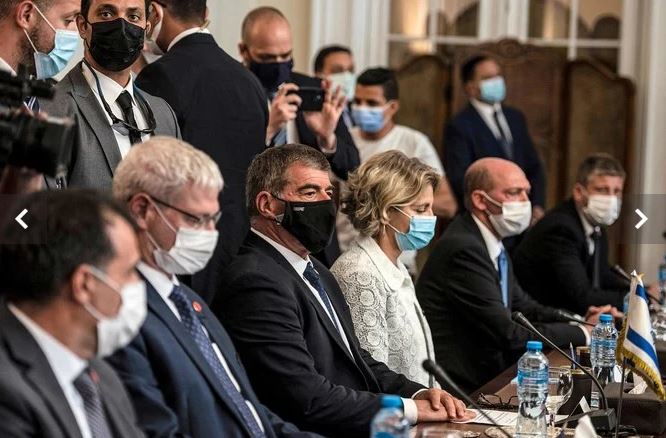 CAIRO: A senior Israeli government minister took part in talks in Cairo on Sunday for the first time in 13 years, amid a high-level diplomatic push to bring permanent peace to Gaza.