Hundreds of migrants feared dead in shipwreck off Yemen 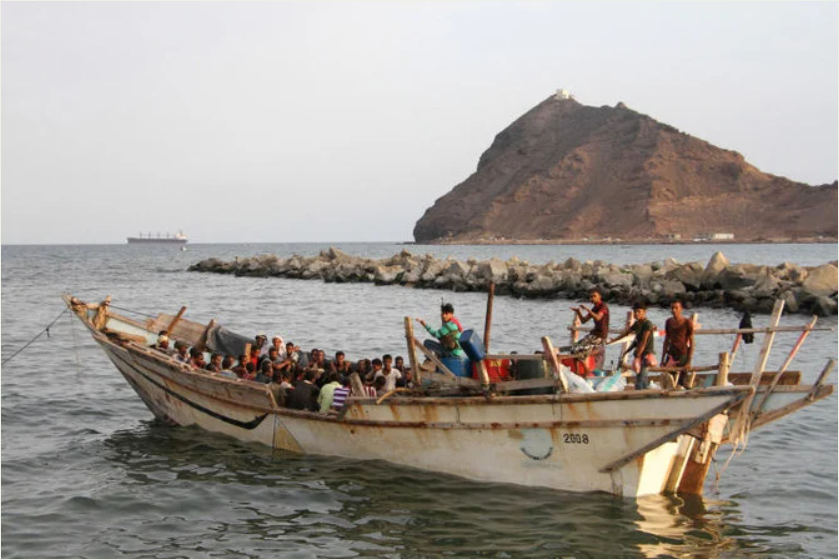 AL-MUKALLA: Hundreds of African migrants are feared dead after a shipwreck off the western province of Lahj in Yemen on Monday, local authorities and media reported.

A local government official told Arab News that fishermen in Lahj’s Ras Alara have retrieved at least 25 bodies and more are being found.

“We do not know what happened to them, but local fishermen told us they recovered bodies of 25 migrants from the sea,” the official said.

A local coast guard officer later told Arab News that more than 300 people died and that local residents have hastily buried some of the bodies.

The Aden-based Al-Ayyam newspaper reported that fishermen off Ras Alara spotted bodies of about 150 migrants who had drowned after their vessel collided with a ship. It added that the boat, carrying about 400 migrants, was heading for the Yemeni coast from the Horn of Africa and four Yemenis were among the dead.

In a message posted on Twitter, the International Organization for Migration (IOM), the UN’s migration agency, said it has been alerted about the incident, without giving a death toll.

“IOM is verifying reports that a vessel carrying a large number of migrants from the Horn of Africa has sunk off the coast of Yemen,” it said. “IOM teams are on the ground and ready to respond to the needs of survivors.”

Thousands of African migrants continue to arrive in Yemen each year despite the raging war and the coronavirus pandemic. Along with the coast in the southern province of Shabwa, Ras Alara is a major arrival point for the African migrants, who use the country as a transit point before heading to Saudi Arabia.

In March, dozens of African migrants burned to death in a fire started by the Houthis in an overcrowded detention center in rebel-held Sanaa. The militias later rounded up hundreds of migrants and deported them to government-controlled areas in southern Yemen.

Most of this happened in the central province of Marib and the southern province of Taiz, where government forces are engaged in fierce fighting with the Houthis. In Marib, 2,520 families were forced to leave their homes, and 1,702 in Taiz.