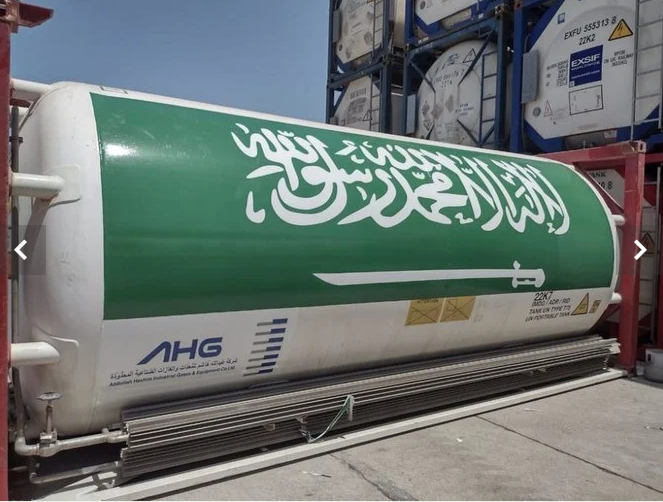 LONDON: India has thanked Saudi Arabia for sending 60 tons of liquid medical oxygen (LMO) to help the country’s fight against coronavirus.
Three shipping containers carrying 60 tons of liquid medical oxygen are expected to arrive in Mumbai on June 6, and a further 100 containers are expected over the coming months, India’s Minister of Petroleum, Natural Gas and Steel Dharmendra Pradhan tweeted.
“This gesture of Saudi Arabia is reflective of the close friendship and warmth between the leadership of Saudi Arabia” and Prime Minister Narendra Modi, Pradhan said.
The initial three containers and the additional containers that are expected to arrive later “will remain with the Indian Oil Corporation Ltd. (IOCL) for six months as a goodwill gesture from the Saudi Government,” the minister said.
“IOCL will source LMO from Linde Dammam on commercial terms for import into the country,” he added.
Pradhan praised the Kingdom’s support for India’s efforts against the COVID-19 pandemic and said it “is a manifestation of our deep friendship and familial relations which ultimately forms the core of all our interactions.”
India, the world’s second most-populous country, this month has recorded its highest COVID-19 death toll since the pandemic began last year.
Only about 3 percent of India’s 1.3 billion people have been fully vaccinated, the lowest rate among the 10 countries with the most cases.
However, it reported its lowest daily rise in 45 days on Saturday with 173,790 new coronavirus infections during the previous 24 hours.
Saudi Arabia shipped 80 tons of LMO to India in April to help alleviate a critical shortage of the emergency gas.