Iran says inspectors may no longer get nuclear sites images 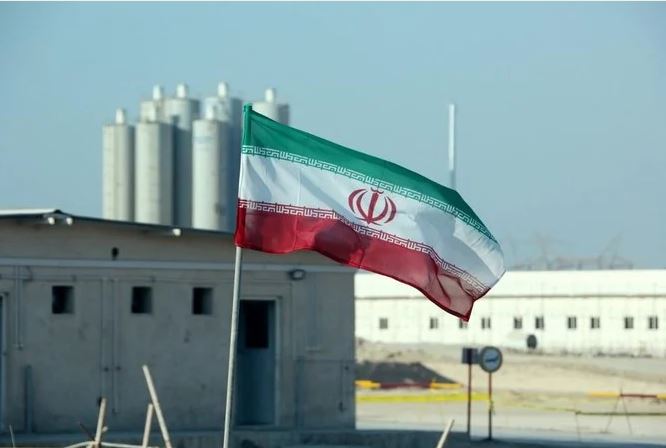 TEHRAN: Iran’s parliament speaker said Sunday that international inspectors may no longer access surveillance images of the Islamic Republic’s nuclear sites, escalating tensions amid diplomatic efforts in Vienna to save Tehran’s atomic accord with world powers.

Iran’s parliament speaker Mohammad Bagher Qalibaf’s comments, aired by state TV, further underscored the narrowing window for the US and others to reach terms with Iran. The Islamic Republic is already enriching and stockpiling uranium at levels far beyond those allowed by its 2015 nuclear deal.

“Regarding this, and based on the expiration of the three-month deadline, definitely the International Atomic Energy Agency will not have the right to access images from May 22,” Qalibaf said. May 22 was Saturday.

The International Atomic Energy Agency had said its director-general would brief reporters later Sunday in Vienna. The United Nations agency did not immediately respond to a request for comment.

Under what is called an “Additional Protocol” with Iran, the IAEA “collects and analyzes hundreds of thousands of images captured daily by its sophisticated surveillance cameras,” the agency said in 2017. The agency also said then that it had placed “2,000 tamper-proof seals on nuclear material and equipment.”

Iran’s hard-line parliament in December approved a bill that would suspend part of UN inspections of its nuclear facilities if European signatories did not provide relief from oil and banking sanctions by February. The IAEA struck a three-month deal with Iran to have it hold the surveillance images, with Tehran threatening to delete them afterward if no deal had been reached.

It wasn’t immediately clear if the images from February had been deleted.

Qalibaf said Iran’s Supreme Leader Ayatollah Ali Khamenei, who has final say on all matters of state, supported the decision.

Hundreds of people brandishing Palestinian flags and the yellow colours of Hizbullah gathered in south Lebanon on Saturday for the funeral of a Lebanese protester killed by Israeli fire a day earlier.

Mohamad Kassem Tahan, a member of the Iran-backed Hizbullah movement, had been protesting at the Lebanese border against the Jewish state’s latest assault on the Gaza Strip when he was hit by Israeli shellfire.

That came after a number of young demonstrators had tried to cross into the northern Israeli border town of Metulla, according to Lebanese state media.

On Saturday, Tahan’s hometown of Adloun held a funeral that coincided with the anniversary of the Nakba — the “catastrophe” of the displacement of hundreds of thousands of Palestinians during Israel’s creation in 1948.

Hizbullah fighters in military fatigues carried the 21-year-old’s coffin, wrapped in the movement’s yellow flag, through a crowd of mourners to the sound of pro-Palestinian chants and sporadic gunfire.

“Death to Israel!” they chanted.

“To Jerusalem we will go, and the martyrs will be in the millions!”

Hizbullah, a key enemy of Israel, had declared Tahan a “martyr” on Friday and Lebanese president Michel Aoun condemned a “crime committed by Israeli forces”.

Speaking to AFP at the funeral, Tahan’s friend Karim called him “a very loving young man.”

“He was loved in Adloun. He used to help everyone, even if he was busy,” the 17-year-old said.

Beside him, a group of Tahan’s friends cried on a sofa, while outside, copies of his portrait lined roads leading to the funeral venue.

The funeral came as dozens of pro-Palestinian demonstrators gathered along the southern frontier to commemorate the Nakba and denounce Israeli violence in Gaza and Jerusalem.

Brandishing flags and wearing chequered Palestinian scarves, they gathered at several locations including the Lebanese border towns of Maroun Al-Ras and Adaisseh, according to AFP correspondents in the area.

They were surrounded by Lebanese soldiers who had erected checkpoints and blocked roads leading up to the frontier to avoid any escalation, according to state media.

Ahead of Saturday’s protest, an Israeli army spokesperson warned Lebanon against allowing “rioters” to approach the frontier.

His statement came as the Israeli army claimed it foiled an overnight attempt by a group of Lebanese infiltrators to cross the border near the town of Metulla.

Earlier on Thursday, three rockets were fired from southern Lebanon near the Palestinian refugee camp of Rashidiyeh toward Israel, a Lebanese military source said.

Israel’s army said the rockets had landed in the sea.

A source close to Hizbullah said the Shiite group had no link to that incident.

Israel occupied much of southern Lebanon from its 1982 invasion until its withdrawal in 2000, seen as a victory for Hizbullah’s “resistance”.