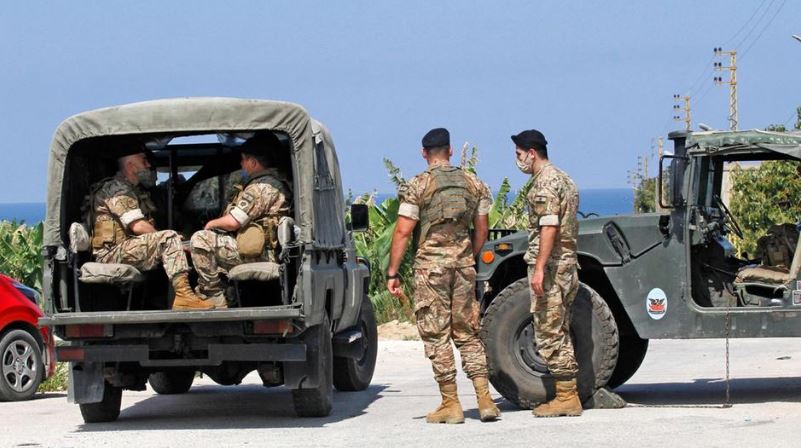 The launch of three rockets from Lebanon towards Israel on Thursday raised the spectre of Lebanon-based militant groups becoming involved in the Israeli-Palestinian conflict, but analysts say that the incident was probably a one-off and that further escalation is unlikely for now.

The rockets were fired from Lebanon into the Mediterranean Sea off the coast of northern Israel and caused no damage, the Israeli military said.

A spokesman for Unifil, the UN peacekeeping mission in southern Lebanon, confirmed to The National that an unknown number of rockets were fired. But it was unclear where they had landed.

Unifil launched an investigation into the incident and urged “maximum restraint to prevent further escalation”.

Lebanon and Israel have been technically at war since the foundation of Israel in 1948.

The Lebanese Army issued a statement in the early hours of Friday saying that they had found three rockets in the Palestinian camp of Rashidieh, five kilometres south of Tyre. An army representative said the discovery was not linked to the rocket launch. 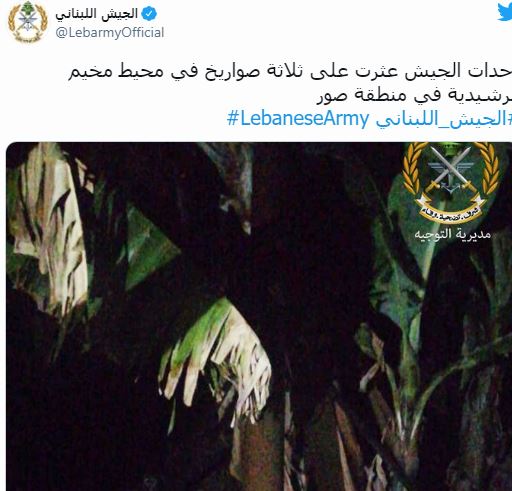 No individual or group has yet claimed responsibility and Lebanese security officials made arrest announcements.

Al Rashidieh camp is under the control of Palestinian party Fatah, which The National could not reach for comment. A Hamas official said the group had no knowledge of the incident.

Various Palestinian groups are represented in Lebanon’s 12 official refugee camps, from which the Lebanese Army has been barred since the country’s 1975-1990 civil war. These groups do not participate in national politics.

Anis Mohsen, a Palestinian journalist and human rights activist with family members in Al Rashidieh camp, said that the launch of the rockets was “just a personal action”.

“The rockets launched looked very old. These kinds of rockets can be found anywhere in the camp. So, it’s not a big deal,” he said.

Mr Mohsen said Palestinian officials were rumoured to have stopped several people involved in the launch. Officials usually hand over detainees to the Lebanese Army.

Palestinian factions in Lebanon have tried to stay under the radar since the end of the civil war, which they are still widely blamed for igniting. One exception is the small Popular Front for the Liberation of Palestine – General Command, which is not part of the Palestine Liberation Organisation and is aligned with Damascus. Israeli raids targeted the group’s positions in east Lebanon in the summer of 2019.

But the the group does not operate in the region of Tyre, according to Mr Mohsen. “As far as I know, there is no decision either by Hezbollah or Palestinian factions to make a move in south Lebanon,” he told The National.

The Lebanese political party Hezbollah is the strongest power-broker in the region. Allied with Iran and Hamas, Hezbollah has representatives in the Lebanese government and parliament and operates a powerful military wing that is present in Lebanon, Syria, Iraq and Yemen.

Hezbollah told Lebanese media that it had nothing to do with the rockets launched on Thursday night.

“Considering how embarrassed everyone is [by the incident], this might indicate solo action,” said Karim El Mufti, professor of political science at Saint Joseph University in Beirut.

“I’m sure that everything is being done under the co-ordination of Hezbollah so that there is no interference in the southern [Lebanon] front so far,” he said.

But the launch could also represent a “warning shot”, he said.

“A lot of anti-Israeli factions in the region, including Hezbollah, could be aiming to put more pressure on Israel and the Biden administration in return for non-intervention in the Israel-Palestine conflict,” he said.

US President Joe Biden has so far adopted a policy of avoiding engagement in Middle East issues, including the Palestinian-Israeli conflict.

Arab diplomats told The National this week that Washington had ignored their urgent warnings about a crisis building up in Jerusalem for weeks.

Hezbollah’s role is “to hold the front” unless Iran decides to escalate tension, said Prof El Mufti. Israeli media regularly claim that Hezbollah hides hundreds of thousands of rockets in Lebanon, ready to fire at Israel.

“In case of a war in the region, would the Israeli defence systems be capable of intercepting thousands of rockets?” he said.

For Prof El Mufti, Iran is using Hezbollah’s military strength as a “bargaining chip” amid the ongoing clashes.

“Iran will use the war to advance its pawns with the Biden administration,” he said. “Non-interference is a sign of goodwill. But the question is: what will they get in return?”

Yet the drumbeat towards another war in Ukraine is amplifying itself, taking on a life of its own, in a huge, high-risk maneuver by either the Biden administration or Moscow, or both. "I really don't know where this all came from," is a phrase I have heard Western...