Israel’s fragile government lost its parliamentary majority on Thursday after an Arab-Israeli lawmaker resigned from the ruling coalition, accusing its leaders of fueling tensions between Israelis and Palestinians and condemning the violent intervention of police at the funeral of slain journalist Shireen Abu Akleh.

Ghaida Rinawie Zoabi, a lawmaker of the left-wing Meretz party, said she opposed what she called the government’s rightward shift and accused it of “disgracefully harassing the society I come from.”
Her resignation means Prime Minister Naftali Bennett has the support of just 59 of the 120 members of the Knesset and now leads a minority government — potentially pointing to yet another round of elections in the country after years of political instability.
“In recent months, out of narrow political considerations the leaders of the coalition have chosen to preserve and strengthen its right-wing flank,” Rinawie Zoabi wrote in her unexpected resignation letter Thursday. “The last month, the month of Ramadan, has been unbearably difficult,” she added.
“The scenes from the Temple Mount of violent policemen confronting a crowd of worshipers, and the funeral of Palestinian journalist Shireen Abu Akleh, led me to only one valuable conclusion: no more,” Rinawie Zoabi wrote. “I cannot continue to support the existence of a coalition that disgracefully harasses the society I came from.”
The Temple Mount is the holy site in Jerusalem’s Old City known in Arabic as the Haram al-Sharif or Noble Sanctuary, containing the Al Aqsa mosque. 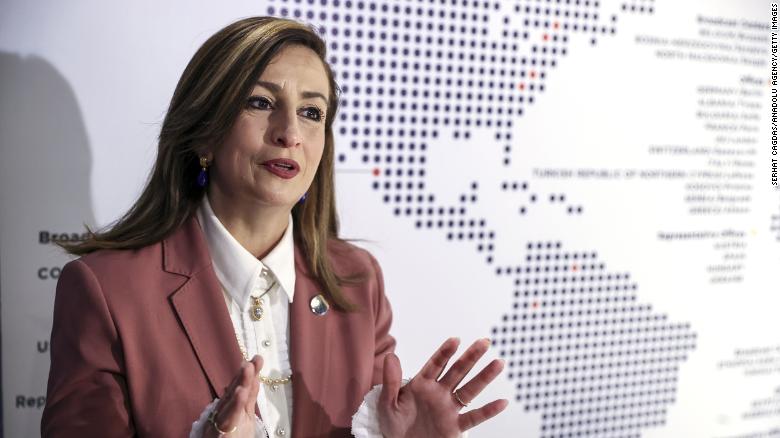 Television footage from the funeral of Al Jazeera journalist Shireen Abu Akleh showed officers striking mourners with batons, forcibly taking down Palestinian flags, and arresting individuals carrying her coffin through the streets of Jerusalem. Abu Akleh had been shot in the head in the West Bank as she covered an Israeli military raid; the precise circumstances of her killing remain unclear.
“I believed and continue to believe in Arab-Jewish coexistence with every part of my being, in academia, business, as well as politics,” Rinawie Zoabi wrote in her letter. “I also believe and continue to believe that real Jewish-Arab partnership must come from a place of equality, with both sides seeing eye-to-eye.”
Rinawie Zoabi’s resignation does not automatically trigger the downfall of Bennett’s 11-month-old government. But opposition leaders could push for and secure a fifth parliamentary election in four years if they gain the support of the Knesset, where the government is now outnumbered.
Bennett took charge on a rotational basis with centrist leader and current Foreign Minister Yair Lapid, who brought together a vast and fragile coalition of political parties, including Meretz, last year. Lapid is due to swap roles with Bennett for the final two years of their four-year term, if the government survives that long.

No decision made on Abu Akleh probe, IDF says

The shock political resignation came amid swelling tensions between Israelis and Palestinians.
On Thursday, the Israel Defense Forces denied an Israeli media report that there would be no IDF criminal investigation into the killing of Abu Akleh. The Haaretz newspaper reported Thursday morning that the Military Police Criminal Investigation Division (MPCID) had decided against an investigation. Hours later, the IDF said no decision had yet been made.
“A decision regarding the necessity of an MPCID investigation will be determined by the Military Advocacy, in accordance with the findings of the still-ongoing operational inquiry, as is standard in such cases,” the IDF said in a statement.
Under IDF policy, a criminal investigation is not launched automatically if a death occurs during an active combat situation, unless there is credible and immediate suspicion of a criminal offense identified during the event.
Shireen Abu Akleh’s brother Tony told CNN he was not surprised by the report that there would be no criminal investigation, saying he had not “expected much from the Israeli side and it was obvious that they are biased,” Tony Abu Akleh said.
“From our side … we will continue the investigation and pursue a just probe in the killing of my sister Shireen, and we will also stress on the importance that the US government should take immediate action in bringing those responsible and accountable to full prosecution by the law,” he said.
“Shireen is a US citizen killed abroad and the US should take immediate action to investigate this crime and her killing against a female American journalist,” he argued.
Israeli human rights group Yesh Din said on Thursday that a failure to investigate the killing would represent “not an exception, but rather the rule.”
“This system has proven time and again that it is incapable and unwilling to carry out investigations and prosecutions to the standards that international law demands,” Ziv Stahl, executive director of the organization, said in a statement.
Releasing its analysis of data from 2019 and 2020, the group said that the odds a Palestinian would see his or her complaint result in the prosecution of a soldier was just 2%. The group also said 72% of complaints filed from 2019 to 2020 about suspected offenses by soldiers against Palestinians were closed with no criminal investigation.