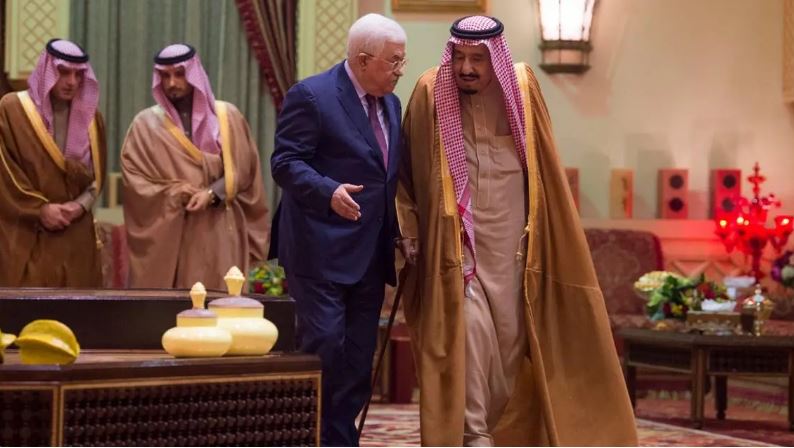 Saudi Arabia’s King Salman has assured Palestinian President Mahmoud Abbas of the Kingdom’s support for the Palestinian cause and people, according to a readout of their phone call on Friday.

“The Custodian of the Two Holy Mosques also affirmed that the Kingdom will continue its efforts at all levels to stop the Israeli attacks on Al-Quds by communicating with all relevant parties to exert pressure on the Israeli occupation government, wishing the Palestinian people security and peace,” read an official statement on their phone call published by the Saudi Press Agency.

Saudi Arabia on Friday welcomed the declaration of a ceasefire in the Gaza strip and said it appreciates the Egyptian and international efforts in this regard, the state news agency (SPA) said, citing a Foreign Ministry statement.

“We appreciate the Egyptian efforts and the efforts of the international parties to reach a ceasefire in Gaza and affirm the continuation of our endeavors to fulfill the aspirations of the Palestinian people to establish their independent state,” Saudi Arabia’s Foreign Ministry said in a statement following a ceasefire agreement between Hamas and Israel.

The statement also reaffirmed the kingdom’s continuation of efforts with allies to reach a resolution.