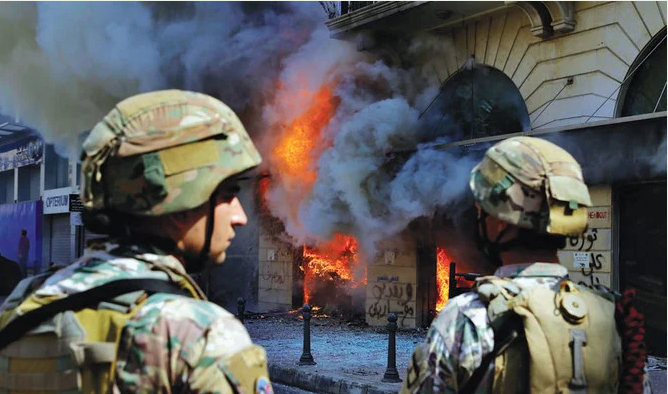 BEIRUT: Political calls and meetings intensified in Lebanon during the past 48 hours in what was described as possibly “the last attempt” to salvage the process of forming a new government, as the World Bank said authorities’ policy response to challenges was “highly inadequate.”

The efforts to assemble a Cabinet came ahead of the Thursday arrival of a World Bank delegation to meet officials.
“The economic and financial crisis is likely to rank in the top 10, possibly top three, most severe crises episodes globally since the mid-19th century,” the bank warned. It said that, since late 2019, Lebanon had been facing compounded challenges, including its largest peace time economic and financial crisis, the spread of coronavirus and the massive blast at Beirut’s port last year.
“The Lebanese authorities’ response to the challenges in terms of public policies was highly inadequate,” the World Bank noted.
There was some optimism on Tuesday, when meetings were held with the mediation of Parliament Speaker Nabih Berri that resulted in the approval of a 24-minister government instead of an 18-minister one.
But the remaining stumbling block is related to President Michel Aoun and his political party’s insistence on naming the two Christians to be the interior and justice ministers.
This position was described by the team of Prime Minister-designate Saad Hariri as “an attempt to secure the blocking third by naming eight ministers and two additional ones.”
A meeting was held on Monday night between the head of the Free Patriotic Movement (FPM) Gebran Bassil, who is Aoun’s son-in-law, and representatives from Hezbollah and the Amal Movement. The meeting, according to leaked information, did not make any headway.
Sources noted that Bassil was insisting on naming the two ministers, particularly the minister of interior, refusing to let Hariri name any of the two Christian ministers.