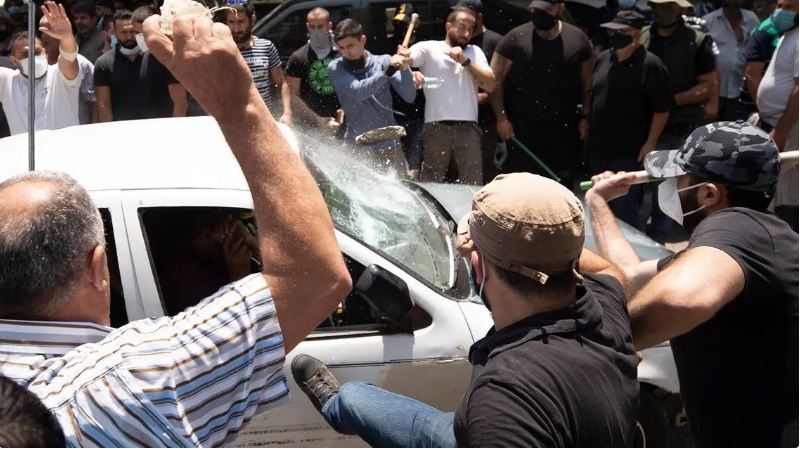 Groups of angry Lebanese on Thursday beat up Syrian expatriates and refugees heading to the Syrian Embassy in Beirut and pelted their cars and buses with stones and sticks, outraged over what they perceive as an organized vote for President Bashar al-Assad.

Meanwhile, some Syrian refugees reported being pressured to cast their ballot with threats of physical violence or confiscation of documentation that could lead to loss of refugee status, the UN refugee agency said.

For the latest headlines, follow our Google News channel online or via the app.

Assad is running for a fourth seven-year term — facing symbolic competition from two other candidates — in a vote all but guarantees to bring him back as president. The Syrian opposition, as well as Western and some Arab countries see it as a sham designed to give Assad a new mandate with a veneer of legitimacy. It also comes in violation of UN resolutions that call for a new constitution before a presidential vote.

The in-country vote is expected next week.

In Lebanon, scattered mobs, mostly from the Christian right-wing Lebanese Forces group, intercepted cars and buses plastered with pictures of Assad and carrying Syrian voters at intersections in and around Beirut and in the eastern Bekaa region.

The attackers pelted them with rocks and smashed windows with sticks. On the highway north of Beirut, one attacker poked a wooden stick inside a car, while others smashed its windshield. In another attack, a Lebanese driver ran over a group of Syrians, hitting one man. There were no official reports on how many were injured.

“If they want to vote, they can go home and vote there,” said Fadi Nader, a Lebanese protester. “Since they love Bashar Assad, why don’t they go home?”

Lebanese soldiers stood guard as hundreds of Syrians queued outside their embassy in Yarze, east of Beirut, to cast their ballots. Some Syrians shouted slogans in support of Assad as they waited.

“I came here to elect President Bashar Assad. This is a national duty,” said Ramzi Ahmad, a native of the central Syrian province of Homs.

Lebanon is home to over 1 million Syrians, the country hosting the largest number of refugees per capita. Their presence — nearly one Syrian for every four Lebanese — has weighed heavily on Lebanon’s infrastructure and resources, particularly as the small country reels under an unprecedented economic crisis.

Calls for Syrians to go home have also been a widely politicized issue among Lebanese, deeply divided over the 10-year conflict in Syria, some supporting Assad and others backing his opposition.

The violence came a day after Samir Geagea, the head of the Lebanese Forces group, called for those who vote for Assad to go back home since they are clearly not fearful of his government.

Even before the conflict, Syria’s role in Lebanon was deeply divisive. Syrian troops — deployed in Lebanon in 1976, shortly after the civil war broke out — withdrew in 2005 following a UN resolution, after a 29-year domination of Lebanese politics.

It’s a dilemma for Syrians living in Lebanon. Many say they are not ready to return home because of fear of prosecution in the absence of a peace deal. The UN, the EU and the US say conditions are not ripe for the return of millions of refugees. 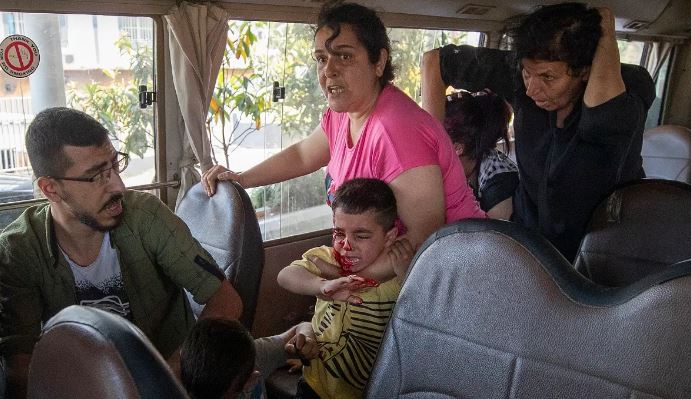 Also on Thursday, UNHCR said it received reports of intimidation and pressure, according to Lisa Abou Khaled, a spokesperson for the agency, adding that the agency was looking into it “to ensure that refugees are free to decide whether or not to vote.”

Assad has been in power since 2000 when he took over from his father, Hafez, who ruled for 30 years. In the 10-year conflict, Assad has been supported by Iran and Russia.

While fighting has subsided in recent years, Syria remains torn. Thousands of foreign troops are based in different parts of the country. The elections are not taking place in at least four provinces under the control of the opposition or Syrian Kurdish forces, depriving nearly 8 million Syrians of a vote.

The Biden administration has said it will not recognize the result of Syria’s presidential election.

France and Germany banned any voting at Syrian missions in their country, with a French Foreign Ministry official saying the elections are “null and void” and there is no point in holding them.

Syria has been engulfed in civil war since 2011, when Arab Spring-inspired protests against the Assad family rule turned into an armed insurgency in response to a brutal military crackdown. Around half a million people have been killed and half the country’s population has been displaced.