Lebanese capital is determined to survive 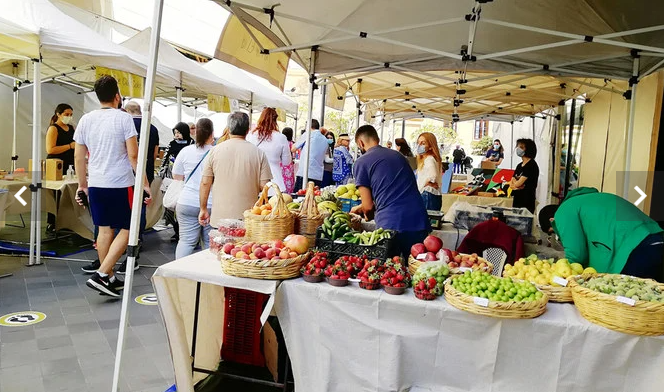 BEIRUT: Economic and entertainment activities have been restarted in Beirut and other Lebanese tourist centers as the number of COVID-19 cases starts to fall.

Some hospitals have announced that they will close their COVID-19 departments, and the Follow-up Committee on Coronavirus Preventive Measures has recommended allowing the reopening of cinemas and theaters, provided they only fill 50 percent of their capacity. Restaurants and cafes have also been allowed to extend their opening hours.
Last Saturday, for the first time since Aug. 4, tents were set up in the center of Beirut under the banner “Souk Al-Balad,” an initiative started by Association Ardona, with the support of Beirut markets and in cooperation with Solidere Company to encourage small producers to promote their artisanal or agricultural production.
A women’s marathon was held on Beirut’s waterfront on Sunday, organized by the Beirut Marathon Association. During the coming weeks, downtown Beirut will witness numerous entertainment activities, including a children’s fashion show.
Adib Al-Naqeeb, director of the marketing department at Solidere, told Arab News: “Beirut markets are now in a state of stagnation as a result of the lockdowns and the port explosion. Because the time is now more encouraging for people to get out of the lockdown, we wanted to host activities that make people happy and restore hope.”
Jean Beiruti, secretary-general of the Tourism and Trade Unions Federation, said: “People decided to resist the crises created by the politicians and to move on with their lives, otherwise they may commit mass suicide.”
He said: “People reject the situation in which they found themselves. Therefore, we see that with the relaxation of COVID-19 preventive measures, they have returned to restaurants and cafes and to the nightlife, as far as they can afford to. These tourist institutions have decided to price their dollar exchange rate at 5,000 Lebanese pounds to continue operating even though on the black market the exchange rate is more than double amount.”
Beiruti pointed out that the high number of wedding reservations in hotels is because “the Lebanese who work abroad have not come to Lebanon for nearly two years, and they want to have happy lives and forget what politicians have done to them.”
The majority of Lebanese people made the choice of domestic tourism after the pandemic prevented foreign travel and the collapse of the Lebanese pound dried up their financial capabilities.
Pierre Ashkar, president of the Syndicate of Hotel Owners in Lebanon, said: “The tourism sector depends on the visits of Lebanese expatriates during the summer season. Between 650,000 to 700,000 Lebanese people usually travel abroad — to Turkey, Cyprus, the Greek islands, and elsewhere for their summer holidays. But this is impossible for them at present due to the economic hardship, so we hope that they will turn this year to domestic tourism.”