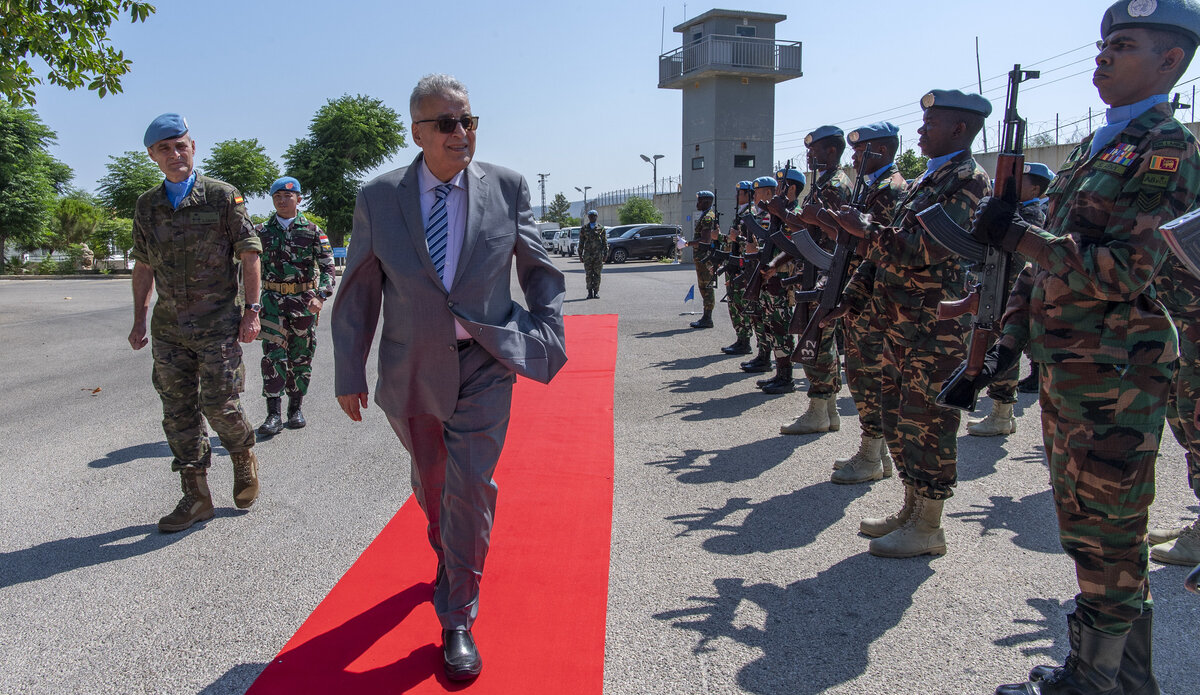 Lebanon’s Caretaker Minister of Foreign Affairs and Emigrants, Abdallah Bou Habib, visited UNIFIL’s area of operations in south Lebanon today to see the work the mission’s more than 11,000 military and civilian peacekeepers carry out alongside the Lebanese Armed Forces (LAF)

UNIFIL Head of Mission and Force Commander Major General Aroldo Lázaro welcomed the Minister and his delegation at the mission’s headquarters where the discussion focused on the general situation in the area of operations, which since 2006 has witnessed one of its longest periods of stability.

The UNIFIL head thanked the Minister for the Lebanese government’s support and commitment to UN Security Council resolution 1701.

“Preserving stability in south Lebanon, preventing violations of the Blue Line, as well as supporting and working shoulder-to-shoulder with the Lebanese Armed Forces (LAF), are some of our main priorities”, Major General Lázaro said, and he added: “Maintaining UNIFIL’s freedom of movement and the right to patrol within our area of operations remains a condition for the implementation of UN Security Council Resolution 1701”

The Lebanese Foreign Minister expressed his deep appreciation for the work carried out by UNIFIL peacekeepers in south Lebanon since 1978 to maintain peace and stability. He also recognized the importance of maintaining freedom of movement of UNIFIL troops throughout the area of operations.

After the visit to UNIFIL HQ in Naqoura, Minister Bou Habib carried out an aerial tour of the Blue Line where he was briefed about the general situation in UNIFIL’s area of operations.