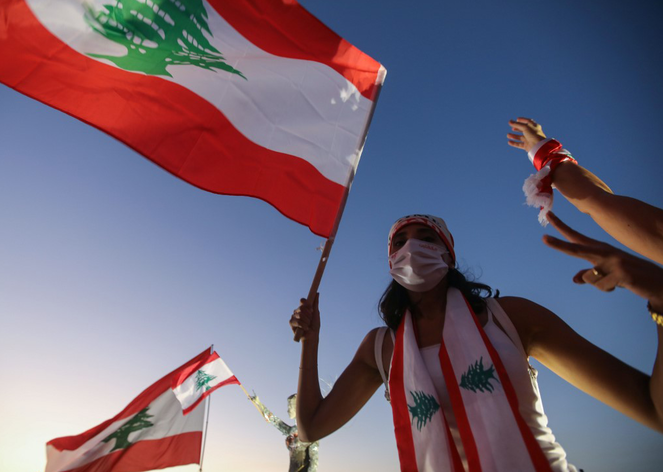 BEIRUT: Public sector employees in Lebanon staged a strike on Wednesday across public administrations and schools, following an appeal by the General Labor Union and the Public Sector Employees’ Association, to demand an increase to wages and their purchasing power, which has vanished due to inflation, price rises and the collapse of the Lebanese pound against the dollar.

In the absence of official data on the number of state employees, the most accurate available figures indicate that there are 320,000 public sector employees: 120,000 in the army and Internal Security Forces, 40,000 in public schools, 30,000 in ministries and public administration, 130,000 in public institutions and municipalities, along with 120,000 retired soldiers and teachers.

Bechara Al-Asmar, head of the General Labor Union, attended a sit-in staged at the union’s headquarters in Beirut: “Employees are suffering, the armed forces are complaining, and the country is collapsing. Our demand has become an order: Form a government before the collapse of the structure.”

He added that around 250,000 Lebanese college graduates are jobless and people who have jobs are facing arbitrary dismissal.

“Forming a government will provide some political stability, pave the way for economic stability, and re-establish ties that have been cut with Arab countries, Western communities and donor institutions,” he said.

Al-Asmar said: “Lebanon needs at least five years of relief. How will they provide funding? From the people’s bank deposits again? Enough quota sharing, accusation swapping and random subsidies’ lifting, without securing an alternative plan, just like what is happening today with food items, medicine and medical supplies.”

Al-Asmar said that “having a capable government can help address corruption, conduct forensic audits and ensure the return of funds that have been smuggled abroad as well as the bank deposits to the Lebanese.”

He warned of “the collapse of the security ecosystem, notably the National Social Security Fund.”

Lamia Yammine, caretaker labor minister, voiced her support for the strike, tweeting: “They are paying the price for the political deadlock out of their living and integrity.”

The purchasing power of the Lebanese — whose salaries are paid in the pound — has dropped by 85 percent and the financial collapse has affected all the corrective salary procedures that were adopted in 2017.

Meanwhile, people in Lebanon queued at grocery stores and supermarkets to buy the remaining subsidized goods. They also queued at gas stations to fill their cars, with the Banque Du Liban’s complicated petroleum products import procedures and the dollar shortage creating a fuel shortage. The number of families living under the poverty line has increased to between 700,000 and 800,000.

Soldiers queued up inside a subsidized supermarket allocated to aid the army, waiting for subsidized goods to be unboxed before racing to compete over buying them.

The Supreme Defense Council held a session on Wednesday, chaired by Aoun. Mohammed Fahmi, caretaker interior minister, detailed to senior military and political officials the measures that have been taken to address smuggling — most notably the smuggling of illegal narcotics — through Lebanese territories in light of Saudi Arabia’s recent decision to ban imports of Lebanese agricultural products.

The council said in a statement that “thanks to the speedy measures taken by the customs and military and security bodies, several smuggling operations have been foiled.”

It added: “A bidding process will be organized within a month, after developing the related rulebook, to provide border crossings with scanners.”