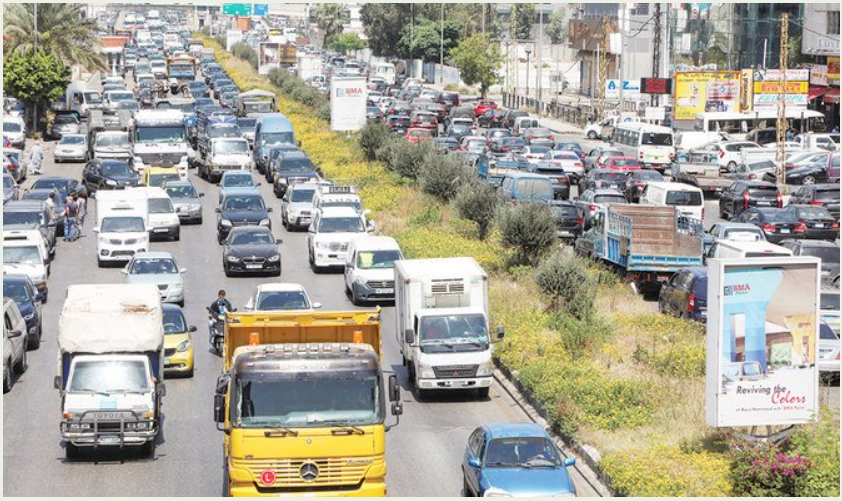 BEIRUT: Public prosecutors in Lebanon have been instructed to crack down on the monopoly on foodstuffs and oil derivatives as political, security and diplomatic concerns grow over explosive daily protests.

The spontaneous protests are also demanding access to medicine, fuel, hospitalization and electricity.
The Crisis Observatory at the American University of Beirut warned that “the risk of Lebanon falling into the rank of failed states has become a reality after it fell 36 places over five years.” Its rank in 2021 was among the 34 most failed states out of 179 states.
The Public Prosecutor at the Court of Cassation, Judge Ghassan Oueidat, on Monday called on public prosecutors in Lebanon to “strictly pursue the monopoly of foodstuffs and oil derivatives, after there has been a lot of refraining from selling these subsidized materials, or selling them at prices that exceed the set price.”
Judge Oueidat said that what is happening “are crimes stipulated by law and must be prosecuted, and shops, warehouses and stations belonging to the suspects must be sealed with red wax.”
The judicial procedure came as trade unions and civil bodies prepare for a general strike that begins on Thursday to push for the formation of a government.
On Monday, unions of food industries, bakeries, transport workers and taxi drivers announced that they would respond to Thursday’s strike.
Bechara Al-Asmar, head of the General Labor Union, told Arab News: “Our move will be escalatory. I don’t know if the strike will last more than a day; we will see what happens Thursday.”
On the possibility of controlling the street in light of the current mood, Al-Asmar said: “Today, the prices of dairy and cheese have increased by 40 percent without anyone being held accountable.”
He added: “The argument for raising prices was electricity rationing and the difficulty of obtaining diesel to run private generators.
“In this case, we must raise our voices. We cannot remain silent about this chaos that is taking place in the absence of any executive reference in the country.
“There is a positive response from unions and civil society to Thursday’s move through carrying out central sit-ins so as not to easily breach them and turn them into riots or chaos.
“I know that there are caveats, but we must raise our voices,” Al-Asmar said.
The union chief added: “If they form a government before Thursday, we will stop our movements.”