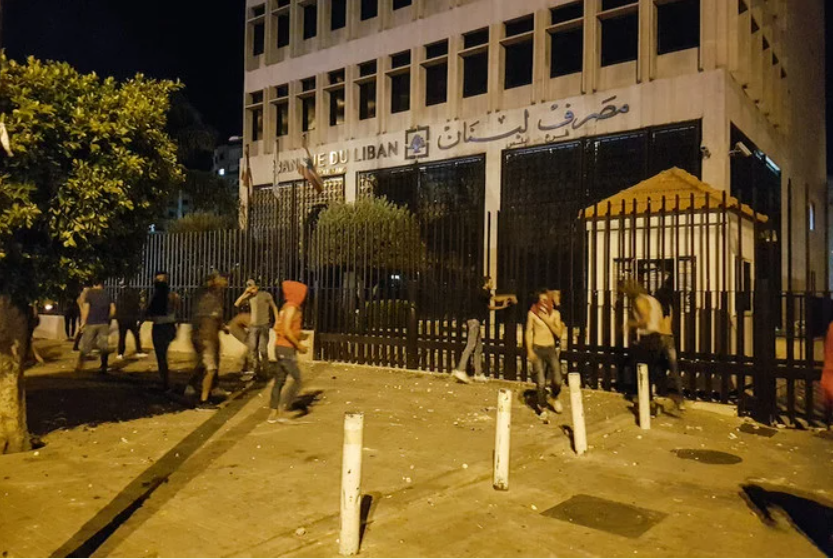 BEIRUT: Lebanon’s central bank said Tuesday that depositors will be allowed to withdraw limited monthly amounts from their foreign currency accounts, nearly 20 months after banks denied them access amid a severe financial crisis.
The move is a small step toward instituting formal capital controls after Lebanese banks arbitrarily imposed policies preventing depositors from accessing their dollar accounts even as the local currency collapsed and a black market thrived.
According to the new central bank circular, depositors will be allowed to withdraw up to $400 a month in cash and another $400 in local currency at a rate eight times higher than the official rate. The Lebanese pound, pegged to the dollar at 1,515 for more than 20 years, has been crashing since 2019, losing more than 85 percent of its value to the dollar.
The crash prompted banks to impose informal capital controls, barring depositors from reaching into their dollar accounts, as well as stopping transfers. Depositors have been allowed to withdraw foreign currency transferred after the crisis began.
It wasn’t immediately clear if commercial banks — short on foreign currency — can meet the demand of an anticipated rush on the banks when the policy goes into effect July 1.
The Association of Banks in Lebanon said last week that Lebanese banks cannot afford to pay back such amounts in foreign currency as the financial crisis worsens every month.
Lebanon is experiencing the worst economic and financial crisis in its modern history. In March 2020, Lebanon defaulted on paying back its debt for the first time in its history. The World Bank said earlier this month that Lebanon’s crisis is likely to rank as one of the worst the world has seen in more than 150 years.
Also on Tuesday, caretaker Health Minister Hamad Hassan said imports of all medicines that have a local or generic equivalent will be suspended. He added that imports of medicines for chronic diseases, baby formula and anesthesia will continue as usual.
The move comes amid dwindling foreign currency reserves at the central bank that stood at about $30 billion in late 2019 and dropped to nearly half that amount at the present time.
The central bank subsidizes imports of vital goods including medicines, oil and wheat.