Lebanon Has A Serious ‘Secret Poverty’ Issue That Needs Tackling 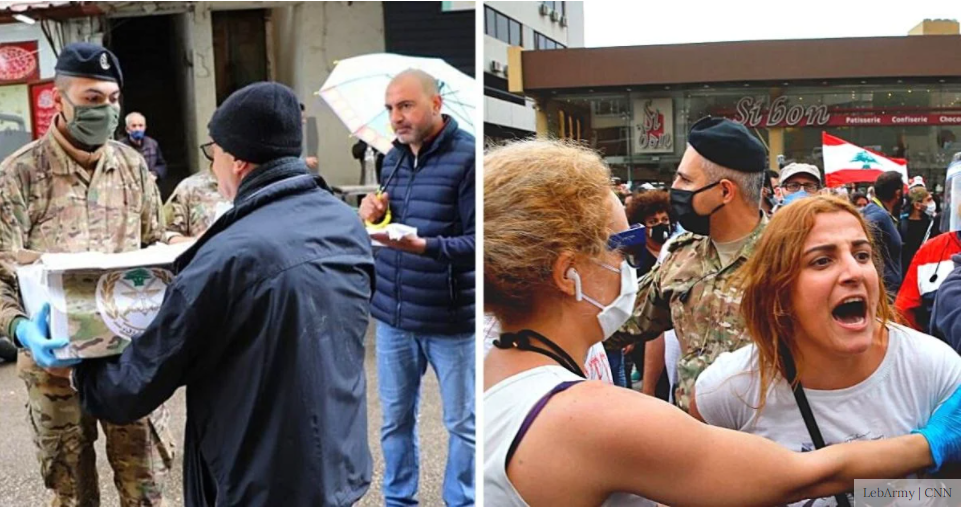 Since Lebanon’s economic meltdown began to manifest in 2019, a significant portion of its population has been engulfed by poverty.

To support the government response, donations from around the world have been flowing into the collapsing country to help its most vulnerable communities stay on their feet.

However, in order to face and begin to address such a widespread and growing issue in Lebanese society, there needs to be sufficient reliable data on which to base the required humanitarian work.

Perhaps the closest thing Lebanon has to such a source of data at the moment is the official IMPACT Open Data platform, which dedicates a whole section to statistics on vulnerable households and their distribution across the country.

Though its information is accessible and relatively comprehensive, and continuously updated, according to the website, it might not be as inclusive as it should be.

Like in any other society, Lebanese society has its fair share of taboos and elephant-in-the-room sorts of topics that seem to be kept under wraps for a variety of reasons. Unfortunately, poverty is one of them.

Today, more than 2.7 million people in Lebanon are living below the highest poverty line, according to a recent study released by the United Nations Social and Economic Commission for Western Asia (ESCWA).

The percentage of poor people in the crisis-hit country jumped from 28% in 2019 to a whopping 55% in 2020, while that of people categorized as extremely poor rose from 8% to 23% in the same period, according to the study.

While a fraction of these people consistently receives support through both state-run and NGO programs, others are overlooked and suffer in silence, often willingly.

Why? Because to many, receiving such help, which, in turn, means uncovering their vulnerability, is regarded as embarrassing or shameful.

This conviction is so strong that people who have it, which are not few, would rather endure abject destitution than welcome a helping hand.

In situations like this, a neighbor, a friend, or an acquaintance might take the initiative and point these programs toward the household that they know is struggling in the shadows.

But this is not always the case, and when it isn’t, the support passes right by the doorstep of a family that desperately needs it.

Poverty Under a Mask

This also happens with households that appear to be doing fine when they are actually not.

For instance, newly impoverished families that fell into poverty in recent times due to the prevailing crises might still have their cars and homes intact, and, in some cases, even own registered businesses but that are not factually operating. Many of those have shut down throughout the past year and a half and many have long lost their jobs and/or their savings to the banks.

This mask often gives the observer or the surveyor or those distributing aids that these families do not require assistance, and the families themselves may feel especially ashamed of “exposing” themselves and seeking help in their new, disadvantaged position.

For them, hanging on to their dignity at all costs, literally, might be what is left to them.

Cases like these require additional work from the government and local authorities, perhaps through more comprehensive surveys that do not depend on “looks,” to evaluate their status and decide whether or not they should be included in aid programs.

According to the IMPACT Open Data platform, which cites forms provided by the Ministry of Social Affairs, 1,857,277 household members in Lebanon currently require aid. However, these forms are filled by municipalities and mokhtars for their local residents.

The aforementioned problem manifests in this case, as surely not every person requiring aid would come out and declare it to their respective municipality.

As such, also taking into account the studies that indicate that more than half of the Lebanese population is living in poverty today, it is safe to assume that the number above doesn’t represent the whole situation in the country.

It is especially important to shed light on this issue in this critical period of time when the government is studying its response to the subsidies problem.

As the foreign currency reserves of Lebanon’s Central Bank dwindle, ending subsidies over essential items, such as food, fuel, and medicine, is growing nearer by the day.

The government’s response to this problem will apparently be to issue ration cards for vulnerable households, in order to alleviate the effects of inflation on them.

The percentage of people who can’t make ends meet in Lebanon is already high, and this is the case while subsidies are still intact.

The threat of the “social explosion” that the international community has warned about in Lebanon will be higher than ever when the black market rate completely takes over and adds to the woes of the struggling population.

Any social support program run by the government is bound to fail if it is not based on the real figures that represent the reality of poverty in Lebanon, secretive and masked poverty included.