Lebanon has an opposition movement again  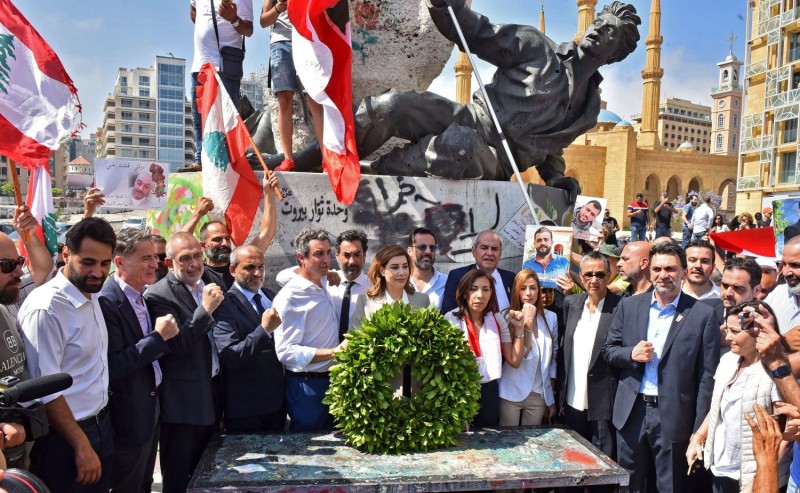 Lebanon has become a failed state and a global source of narcotics, terrorism, and, once again, a growing number of refugees. Washington, stung by its failure to spread democracy in the Middle East and tiptoeing around everything connected to Iran, has limited its Lebanon policy to crisis management. But Lebanon’s parliamentary elections on May 15 saw the first stirrings of a potential coalition capable of checking—and perhaps eventually dislodging—Hezbollah and its iron grip over the country. Hezbollah and its allies lost their parliamentary majority and now face the biggest opposition since 2009—a loose coalition of the Lebanese Forces party and various independents with as many as 60 out of a total 128 seats.

Although the reconstituted legislature reelected a Hezbollah ally, Amal party leader Nabih Berri, as speaker of parliament on Tuesday, it did so with only the slimmest of majorities—65 out 128 votes, compared to 98 in 2018. Berri’s tally would not have been possible without votes controlled by Druze leader Walid Jumblatt, who played kingmaker. Free Patriotic Movement leader Elias Bou Saab, a Christian ally of Hezbollah, also won 65 votes for deputy speaker. But his contender, independent Ghassan Skaf, picked up 60 votes, showing the size of a potential opposition coalition. At the core of this bloc is the Lebanese Forces, a former Christian militia-turned-political party whose 20 seats put it ahead of Hezbollah’s 13.

While Jumblatt has been loosely aligned with Hezbollah in recent years, the right kind of pressure and incentives could still throw a wrench into Hezbollah’s plans to control the Lebanese government. That’s because Lebanon’s economic collapse is giving Hezbollah’s opponents a new sense of urgency—even after losing the election. The anti-Hezbollah bloc has called on the Shiite party’s extraconstitutional militia, roughly 10,000 fighters closely allied with Iran, to disband—just as the Lebanese Forces did when it surrendered its arms at the end of Lebanon’s civil war in 1991. Since disbanding its military wing, the Lebanese Forces have remained a highly organized and potent political movement, demonstrating that a political party without a militia attached can succeed in Lebanese politics

Hussain Abdul-Hussain, is a fellow at the Foundation for Defense of Democracies and a former managing editor at the Daily Star.