Internet blackouts were reported in parts of Lebanon on Wednesday after employees of state-owned telecoms company Ogero went on strike the day before and demanded better salaries.

Talks are continuing between the Ministry of Telecommunications and representatives of the employees but Ogero’s chairman issued a warning of further disruption if the matter was not resolved soon.

“I don’t think that we will reach a total blackout tonight and I hope we will not face such a situation,” Imad Kreidieh told The news on Wednesday.

“But if there is no improvement in the discussion between the [representatives of the employees] and the Minister of Telecommunications this afternoon, I’m afraid we are running a big risk of major interruptions across the country.”

Mr Kreidieh said he would have attended the talks had he not tested positive for Covid-19 the day before.

Blackouts have already been reported in parts of Beirut and southern Lebanon.

Lebanon is undergoing an economic collapse, which first became apparent in 2019, that has been described by the World Bank as one of the worst in modern history. Much of the population has been plunged into poverty, the local currency has lost more than 90 per cent of its value and there are widespread shortages of basic essentials.

Inflation is rampant and public sector employees — such as those at Ogero — have not had their salaries adjusted to reflect the new reality.

Many public sector workers have been on strike for nearly two months as they seek better employment conditions.

The reason for the blackouts on Wednesday was that generators which help to power the internet supply were not being refuelled, Mr Kreidieh said.

Widespread shortages of state electricity in the country mean that those who can afford it are forced to rely on more expensive private generators. State firm Electicite Du Liban only provides a couple of hours of power a day, if that.

“Had we had the EDL connectivity and proper power supply, we would have not seen as many power outages,” Mr Kreidieh said.

Lebanon this year increased internet and mobile data rates, a move the government said was necessary to prop up the country’s flagging telecoms sector and ageing infrastructure. 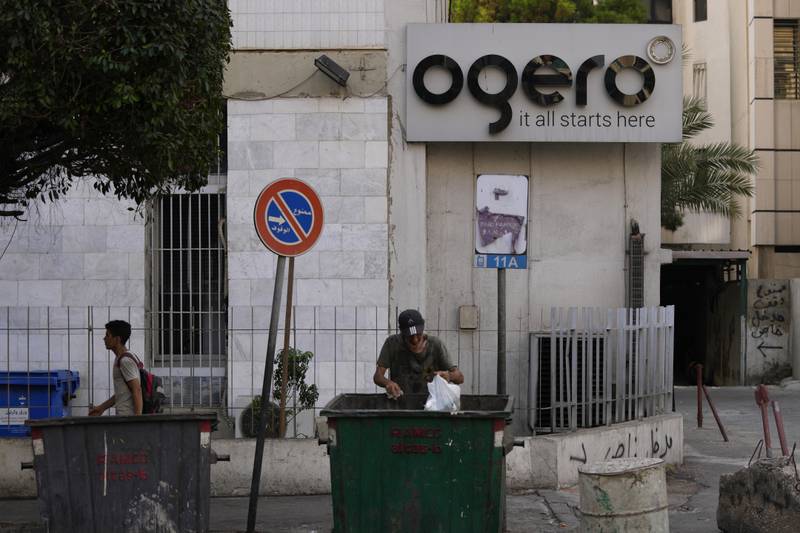