The granddaughter of a former Lebanese president on Monday announced her bid for the cash-strapped country’s upcoming presidential elections on a platform critical of the Iran-backed Shiite group Hezbollah.

The country’s political woes are compounded by its crippling economic crisis, which the World Bank says is one of the worst worldwide in over a century. The Lebanese pound has lost over 90% of its value against the dollar, with three-quarters of its population living in poverty.

Tracy Chamoun, 61, has not yet received a formal endorsement from any of Lebanon’s ruling parties in parliament, whose 128 legislators are tasked with voting for the country’s president.

Chamoun, the granddaughter of late former president Camille Chamoun, called for key reforms to rescue Lebanon’s comatose economy and reestablish trust with international donors. But she especially criticized Hezbollah’s influential role in politics and security, its arms and its impact on Lebanese relations with Saudi Arabia and other Gulf states.

“Lebanon cannot continue without its independence and sovereignty and without a clear defense strategy,” Chamoun said at a press conference in Beirut. “Lebanon cannot be ruled by one group, and its decisions related to peace and war can only be done through its institutions.”

Chamoun comes from a prominent Christian political family. Her grandfather, the late president, founded the right-wing National Liberal Party. She also is the daughter of Dany Chamoun, who led the party’s “Tigers” militia in the Lebanese civil war, which went on from 1975 until 1990.

Five gunmen assassinated  her father in 1990 alongside his second wife Ingrid, and their sons, ages 5 and 7. The couple’s youngest daughter, 11 months old, survived. Tracy Chamoun, then 30, was living in London.

Chamoun was Lebanon’s ambassador to Jordan from 2017 until her resignation in August 2020, days after the Beirut Port explosion that killed over 200 people and wounded over 6,000 others.

Chamoun would be the second woman to officially announce her candidacy in Lebanese presidential elections, after lawyer and civil society activist Nadine Moussa in 2014. 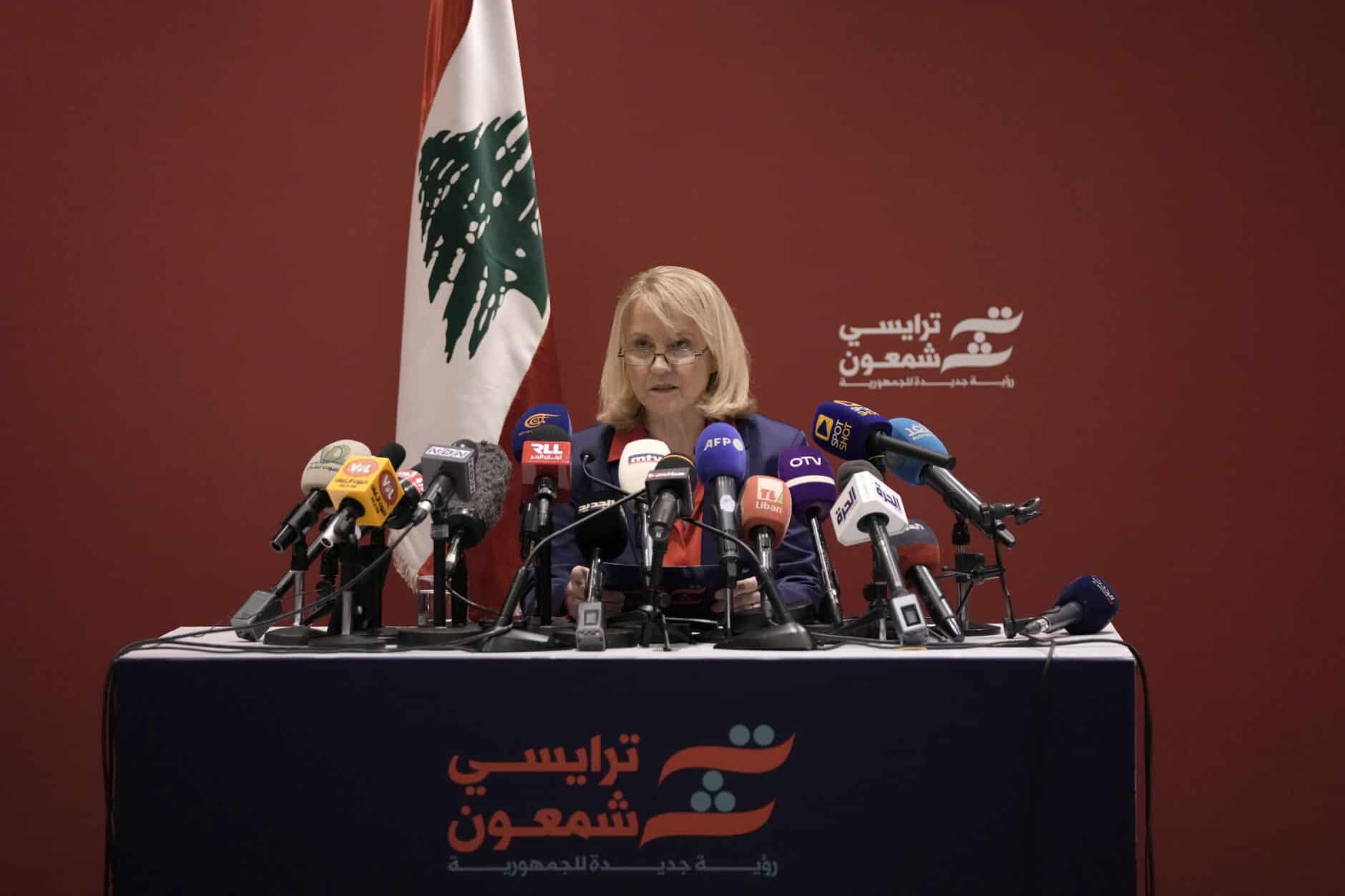