Lebanon has said it received a letter from US envoy Amos Hochstein containing “proposals ” on a maritime border deal   with Israel that could settle competing claims over offshore gasfields.

President Michel Aoun met US ambassador Dorothy Shea “who handed him a written letter … containing proposals regarding the demarcation of the southern maritime border,” his office said on Saturday.

Mr Aoun contacted Mr Mikati and Mr Berri to discuss ways to follow up on the offer and deliver Lebanon’s response “as quickly as possible”, the presidency said.

Lebanon and Israel, whose land border is UN-patrolled, have no diplomatic relations.

They resumed maritime border negotiations in 2020, but the process was stalled by Beirut’s claim that the map used by the UN in the talks needed to be modified.

The US-mediated negotiations restarted in early June after Israel moved a production vessel near the Karish offshore field, which is partly claimed by Lebanon.

Saturday’s announcement followed a string of statements by Lebanese officials, including Mr Aoun and Mr Mikati, expressing optimism that a deal with Israel was near.

“The Lebanese response will be made as soon as possible, in preparation for the next step,” an official at the president’s office told AFP on Saturday.

Last month, Mr Aoun told the UN’s special co-ordinator for Lebanon, Joanna Wronecka, that “negotiations to demarcate the southern maritime borders are in their final stages”. 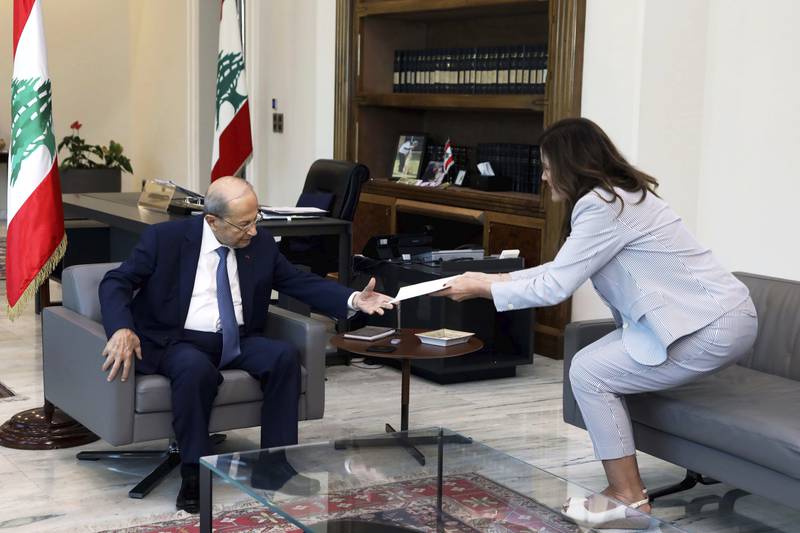