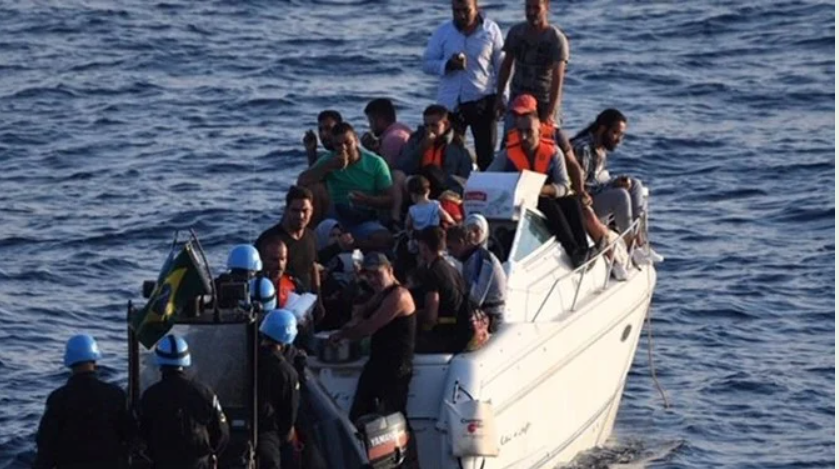 BEIRUT: The Lebanese army on Sunday said it intercepted a small boat carrying 11 people, mostly Syrians, attempting an illegal sea crossing out of the crisis-hit country.
A statement said a naval force spotted the boat off the northern port city of Tripoli and that its passengers were all detained and referred for investigation, the army added.
The boat was carrying “10 people of Syrian nationality and a Lebanese national,” it said.
Their journey’s end was not specified but neighboring Cyprus, a member of the European Union, has been a popular sea smuggling destination in recent months.
In May, the Lebanese army intercepted a boat near Tripoli carrying 60 people, including 59 Syrians.
Lebanon, home to more than six million people, says it hosts more than a million Syrian refugees.
They have been hit hard by widening poverty rates and growing food insecurity brought on by the country’s economic crisis.
In a report released this month, the World Bank warned that Lebanon’s economic collapse is likely to rank among the world’s worst financial crises since the mid-19th century.