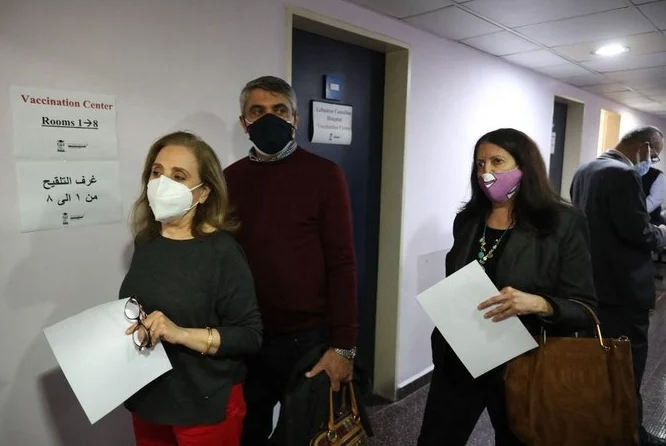 BEIRUT: Lebanon vaccinated more than 10,000 people on Saturday as part of a day-long vaccine “marathon” organised by the health ministry to ramp up inoculation rates in the crisis-hit country.
The ministry said that by 6:30 pm (1530 GMT), 10,452 people over the age of 30 received jabs of the AstraZeneca vaccine at different facilities across the country.
They were allowed to enter vaccination centres on a walk-in basis from early Saturday morning in what health authorities have dubbed a vaccine “marathon”.
The capital Beirut and some other parts of the country were excluded from the initiative, but outgoing health minister Hamad Hassan said there were plans for a second such event that would cover more areas.
“Some regions didn’t want to participate but after today’s encouraging experience, everyone will soon take part,” he said, without specifying when.
Lebanon, mired in its worst economic crisis since the 1975-1990 civil war, has recorded 540,132 coronavirus cases, including 7,718 deaths, since its outbreak began last year.
The country of more than six million has administered at least one vaccine dose to over 700,000 people.
Firass Abiad, the head of Lebanon’s main hospital for coronavirus patients, called the day a “big success”.
He said 170,000 doses of the Pfizer vaccine were expected to arrive in the country on Sunday.