Lebanon’s government formation is not helped by marginalising the Aounists

Following Lebanon’s parliamentary elections in May, parliament tasked the country’s prime minister Najid Mikati  with forming a new government to succeed the one he had headed prior to the elections. However, with a presidential election scheduled between now and the end of October, after which yet another government will have to be formed, Mr Mikati has seemed reluctant to complete the undertaking.

The reason for this is fairly obvious. Government-formation processes in Lebanon have become exasperating, drawn-out affairs, as the country’s political forces try to secure a large share of ministers as well as lucrative portfolios, all of which have to respect delicate sectarian balances. For Mr Mikati to form a government now, he would need to come to terms with Gebran Bassil, the son-in-law of Lebanon’s President Michel aoun,who wants to ensure that his stakes in the system will be protected once Mr Aoun leaves office.

Mr Mikati’s likely calculation is that rather than go through the headache of dealing with Mr Bassil, he is better off waiting until Mr Aoun leaves, meanwhile he can continue to function through his caretaker government. That makes sense, but it also poses major problems.

Mr Bassil is widely seen as a polarising figure who operates through perpetual brinkmanship. He is right to view Mr Mikati’s reluctance to form a government as a tactic to run the clock out on himself and his father-in law. Mr Mikati believes that once Mr Aoun goes home, his own leverage in shaping a new government will increase. That is because the president has often refused to sign decrees to form new governments until Mr Bassil’s demands have been met.

Mr Bassil’s fear, and it may well be justified, is that leading members of the established political class – which he joined only late, in 2006 – and above all parliament speaker Nabih Berri,  seek to politically eliminate him and do away with Mr Aoun’s legacy. This explains why Mr Bassil is fighting to retain significant representation in Mr Mikati’s new government, fearing that if he fails to do so, he will lose ground once Mr Aoun exits.

In stark political terms, Mr Bassil is engaged in political survival, not least because during the last elections his Free Patriotic Movement (FPM) lost votes in the Christian community. Mr Bassil also wants to remain in the game because, down the road, he seeks to become president himself. While it is difficult to find redeeming qualities in the man, it is absurd to expect Mr Aoun and Mr Bassil to quietly sign off on their own political elimination.

And Mr Bassil has tools at his disposal. Because of domestic divisions, it seems increasingly unlikely that the political forces will reach a consensus on a new president before Mr Aoun departs from office. Constitutionally, if there is a presidential vacuum, the government takes over the president’s powers. That is what Mr Mikati appears to be waiting for.

Indeed, on September 6, Mr Bassil warned that if the caretaker government took over Mr Aoun’s duties, the FPM would refuse to recognise it and would consider the move illegitimate. While there may be ways for Mr Mikati and Mr Berri to circumvent Mr Bassil, such steps could provoke sectarian sensitivities, since the president is always a Maronite Christian and the government is headed by a Sunni Muslim. For the prime minister to manoeuvre to take over the powers of the president may prove divisive. Moreover, Hezbollah may well block efforts to marginalise Mr Bassil, a close ally.

That is why it makes more sense for Mr Mikati to forge ahead and compromise with Mr Aoun. Eliminating the Aounists may be desirable for Mr Bassil’s enemies, but it will not work, and Mr Bassil can still hinder an agreement over a consensual president. However, once a new president is chosen, Mr Bassil’s latitude to put up obstacles will be reduced, as Mr Aoun’s replacement is far less likely to bend to his impositions.

Mr Mikati should also avoid being Mr Berri’s stick in the speaker’s feud with Mr Bassil. Last year, Mr Mikati, who gains from playing the middle, showed he could be patient in dealing with Mr Aoun. As president, Mr Aoun made significant gains in advancing the president’s role in the government formation process. Trying to take him back to when presidents were irrelevant in this procedure is unrealistic.

If Mr Bassil’s destiny is to alienate everyone and lose ground, so be it. With Mr Aoun’s departure, this may become inevitable. But at a time when the country needs a measure of political harmony to address its mounting probelms, it is better for Mr Bassil’s enemies that he be inside the tent. It is never a good idea for antipathy to guide political decisions. 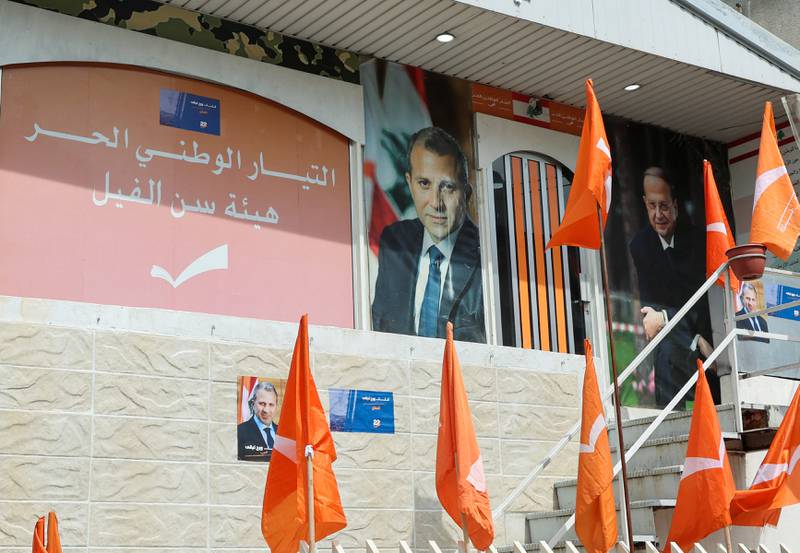 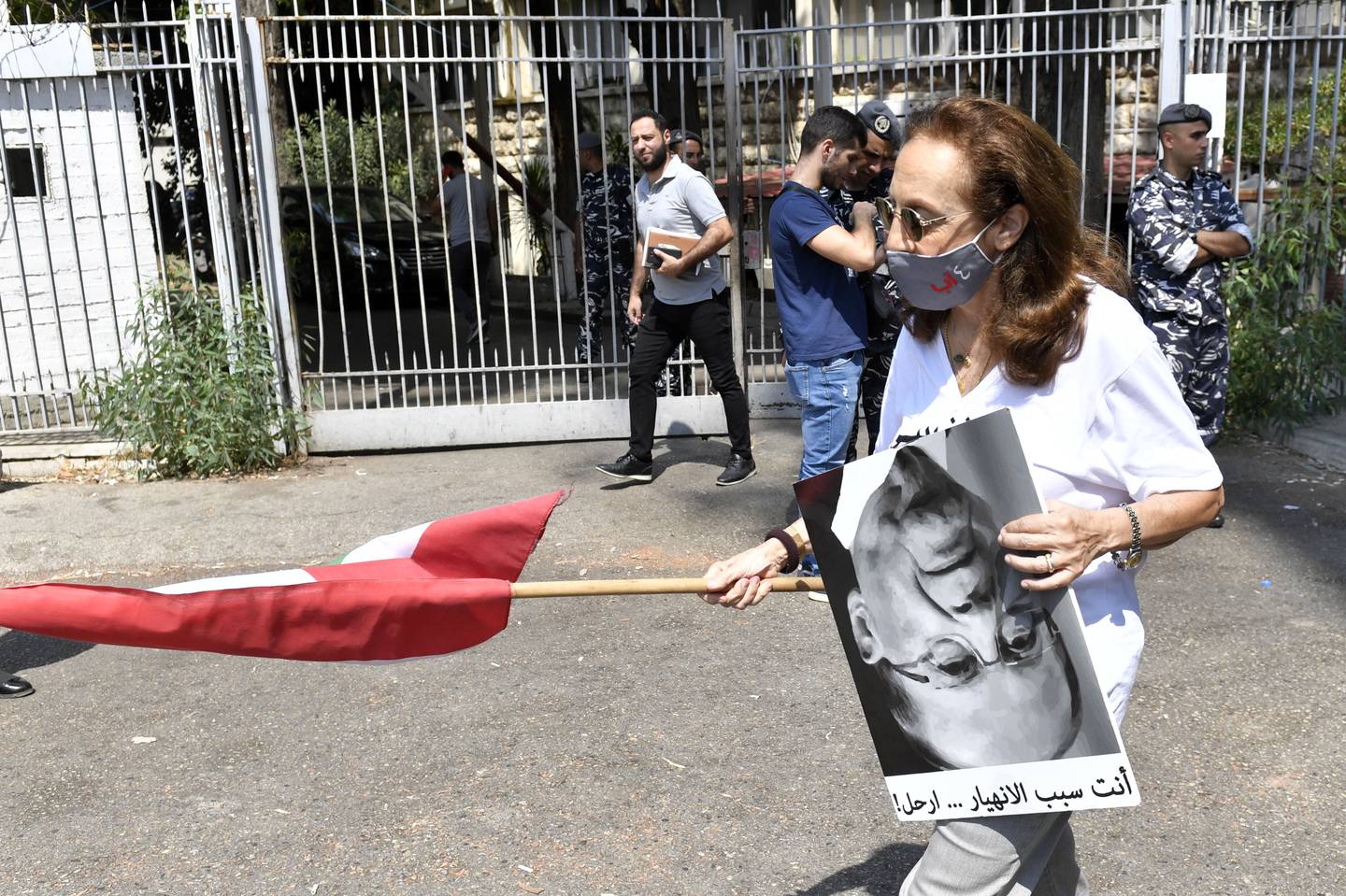 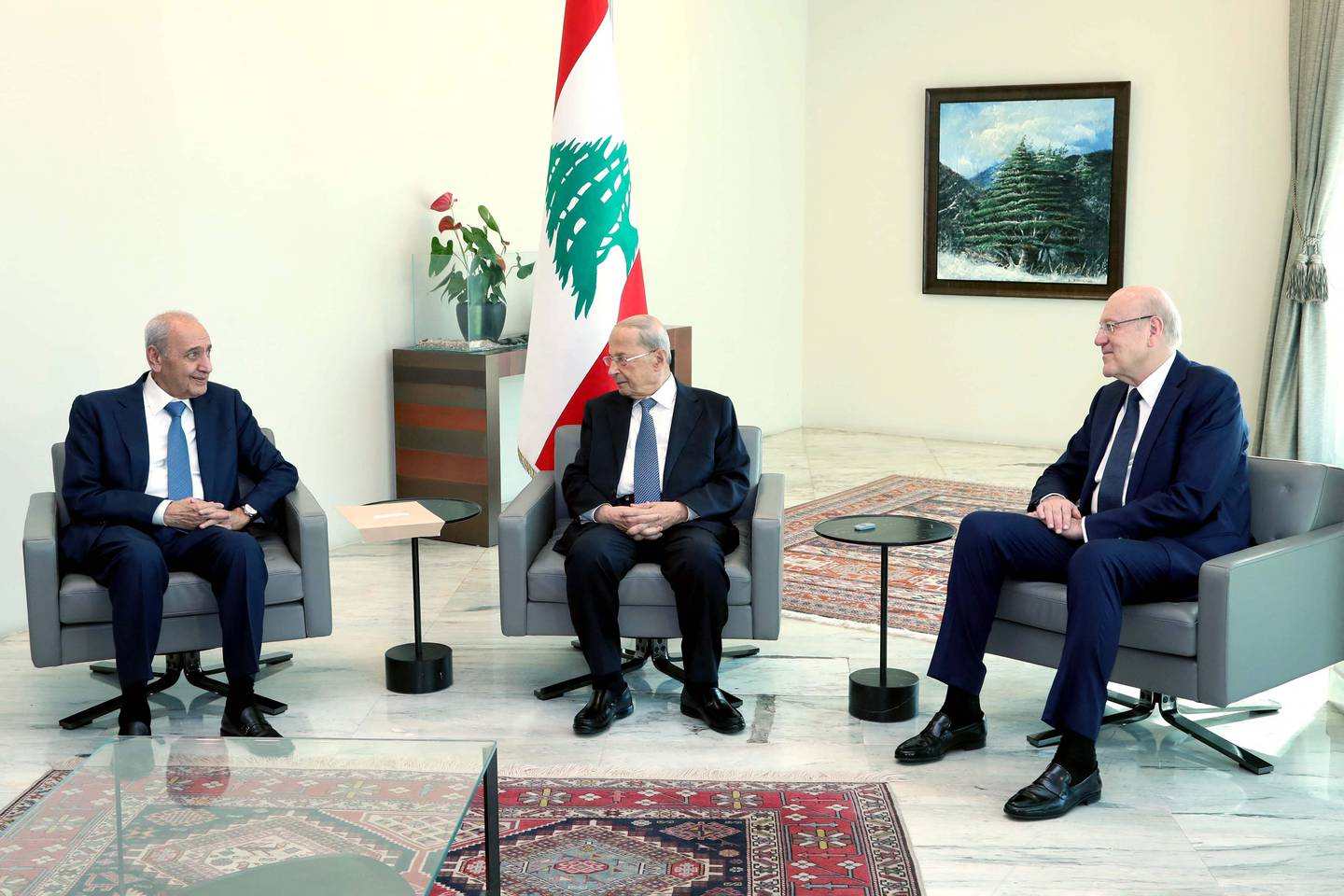