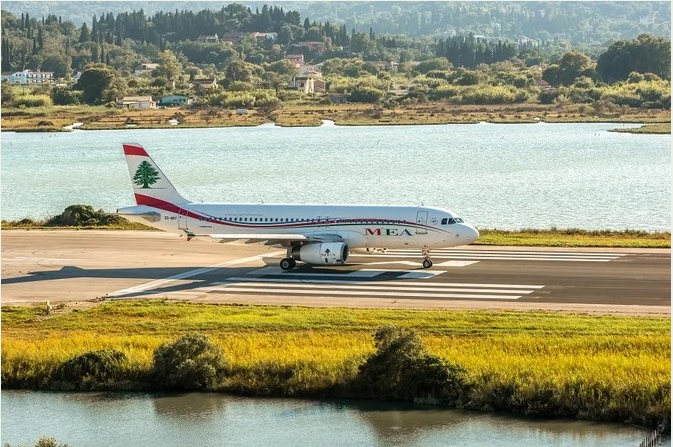 RIYADH: Lebanon’s Middle East Airlines (MEA) will start selling tickets in dollars or the equivalent black market rate in Lebanese pounds to ensure the continuity of its business, said Chairman Mohamad El Hout.
The company has recorded losses of more than $200 million after supporting ticket prices throughout the pandemic, he told Asharq Business.
MEA no longer has the ability to subsidize ticket prices, he said.
“The company cannot ensure continuity, while it charges the ticket price according to the exchange rate of 3,900 Lebanese pounds to the dollar, while it pays its dues in dollars or according to the black market price of more than 12,000 pounds. Accordingly, the company has no other solution,” he said.
It comes as the carrier continues to struggle with persistently low passenger numbers while the already weak tourism sector is not expected to recover in the near term.
The airline boss said MEA would continue to charge $50 for PCR testing, adding that the government does not support tests that are conducted for passengers arriving at the airport.