Lebanon’s parliament convened on Thursday to discuss the 2022 draft budget law, more than 10 months after the due time dictated by the constitution for approval.

The two-day session is expected to last until Friday evening and was delayed for a day owing to a lack of quorum when Christian MPs boycotted the session to commemorate the late president Bachir Gemayel, assassinated 40 years ago at the height of the civil war (1975-1990) in Lebanon.

Deputy Speaker Elias Bou Saab addressed the delays in passing the draft law and appealed to MPs to reach a swift and unified agreement on it.

“The procrastination in Lebanon in addressing the crisis  is unprecedented, and no country can emerge from its crisis with this prevailing and continuous pattern,” he said.

The adoption of an annual budget is one of a handful of reforms stipulated by the International Monetary Fund to unlock an aid package that would help bail Lebanon out of a severe economic crisis that is now in its fourth year. To date, none of the reforms have been passed.

Since the onset of the economic crisis in 2019, the local currency’s value has declined steeply,  while prices have risen exponentially. More than two thrids   of Lebanon’s population live in poverty, while the state is unable to provide even basic goods and services, such as electricity or water.

Protesters gathered outside parliament on Wednesday and Thursday to demand fair legislation and to decry the draft budget in its current form.

Economic experts have criticised the contents of the draft law, saying it contains no amendments for sector reform, and is not accompanied by a financial rescue plan to bring Lebanon out of the prolonged economic crisis. 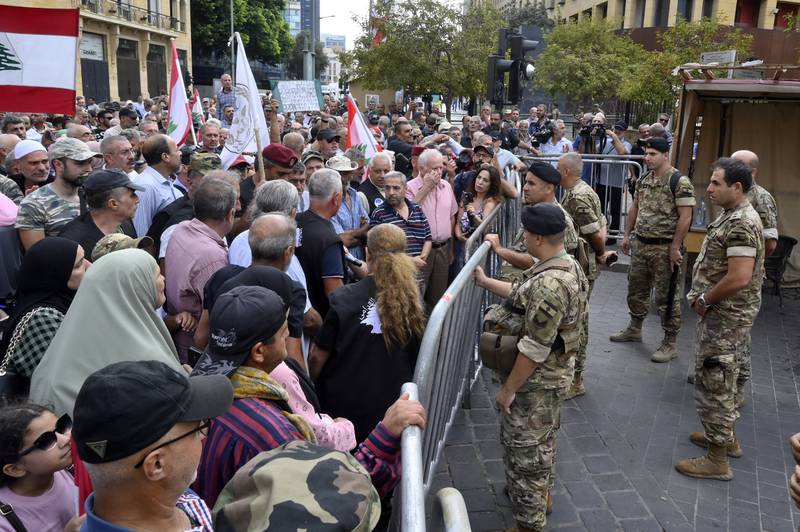