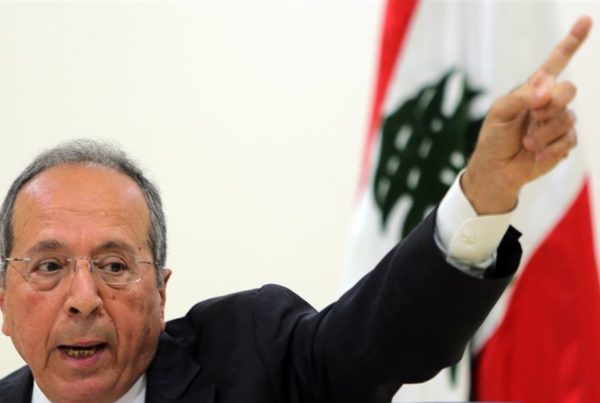 Take away your thugs who are in front of our house immediately.”

In a statement on social media, he said “If you think that you are frightening us, we have seen many people like your thugs.”

El-Sayed was recently elected as an MP on a parliamentary list that was backed by Berri and the Iranian backed Hezbollah militant group , representing the Baalbek-Hermel region

Berri’s supporters who are heavily armed reportedly roamed several neighborhoods in different parts of the country to bully people and celebrate his election with Celebratory gunfire. which irritated many Lebanese citizens .

This is not the first time that El Sayyed attacks Berri

Wars of words between al-Sayyed and the AMAL Movement have been reported in the media on several occasions.

In 2018 Al-Sayyed accused some AMAL officials of accepting bribes and said the Movement’s MPs have not sought to improve the developmental situation in the impoverished Baalbek-Hermel region contrary to what they did in the South.

Even though Sayyed is associated with Hezbollah , the militant group always sided with Berri .

Born in the Bekaa village of al-Nabi Eila, Sayyed has a long political history that has garnered much media attention. This has been especially true in the past 17 years, as he was imprisoned on suspicion of involvement in the 2005 assassination of former Prime Minister Rafik Hariri and then later released due to lack of evidence.