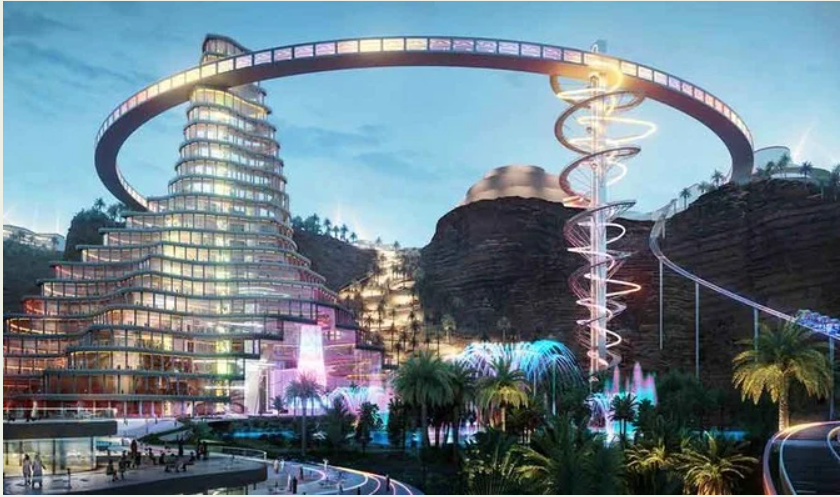 JEDDAH: A documentary titled “Transformation Journey” was aired on Sunday, telling the story of Saudi Arabia’s economy and society before the launch of Saudi Vision 2030.

The Kingdom’s ministers sat down for a candid talk with podcaster Omar Al-Jeraisy to discuss the journey Saudi Arabia has been on.
Since 1970s, the Kingdom has always had five-year plans to develop the economy, but that changed with the coming of Vision 2030.
“Why wasn’t 2015 a mark for the five-year plan as per?” asked Al-Jeraisy. “Why did we need a national transformation?”
Mohammed Al-Tuwaijiri, president of the National Transformation Committee, answered: “The world has changed; geopolitical changes, markets, trade wars, and disasters occurred.”
Investment Minister Khalid Al-Falih addressed the first economic problem, oil reliance, which made the country dependent on other countries for exports and imports.

“The Kingdom initially built its economy as an oil-based economy, and that is what gave us a source of dependency,” said Al-Falih. “If it (the Kingdom) has a financial surplus and a surplus in exports, we honestly would not have a need to build a diversified economy, and this, unfortunately, has planted in us a dependency that we admit, and should not (rather not) mention.”
Commerce Minister Majid Al-Qasabi touched on the Kingdom’s rankings in women’s rights-related issues in the documentary, revealing Saudi Arabia had ranked last in the world. “We were the only country in the global assessment for women at the international bank ranking at the bottom,” he said.
Justice Minister Walid Al-Samaani also highlighted the delays in women’s cases to receive proper action in court, saying: “Indeed, there were many obstacles that led to delaying the delivery of (justice).”

Many important female figures shared their struggles prior to Vision 2030’s announcement, too.
“Women could not drive, could not work in all sectors, there were no female leaders,” said Hind Al-Zahid, Saudi deputy minister of women’s empowerment at the Ministry of Human Resources and Social Development.
Recalling how things used to be for her female peers, Saudi legal adviser Najlaa Al-Qahtani said in the documentary that she faced difficulty as a woman in courts back in 2015.

However, Al-Zahid pointed out the strides made in women’s legal issues, saying that the Kingdom outperformed at the World Bank index in terms of women and the law in 2020.
With many goals met so far for the national transformation plan, the Kingdom has made great strides forward.
The minister of commerce shared a mark in the Kingdom’s history that he was especially proud of: The World Bank recognizing the Kingdom as the most reformed country in the world for business environment in 2020.
He added that it was not just the number of reforms, but the speed of their implementation and their impact, that made such a positive impression. In just five years, the number of businesses in the Kingdom grew 70 percent — from 650,000 to over 1.1 million.