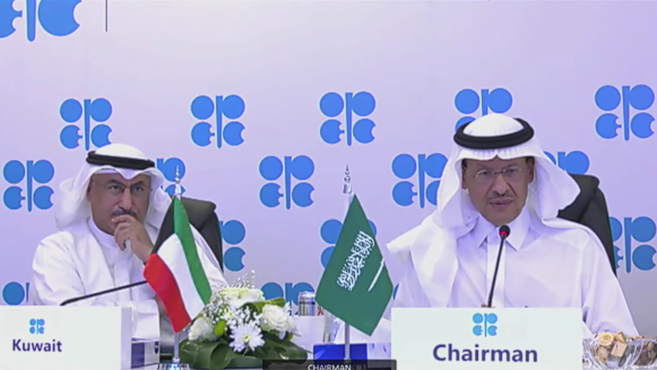 UBAI: The OPEC+ alliance of oil producers led by Saudi Arabia and Russia kept supply on an upward track on Tuesday as Brent crude, the global benchmark, rose and stayed above $70 for the first time in over two years.

A meeting of OPEC+ ministers — one of the shortest on record at 30 minutes — stuck to plans to increase oil supply by more than 2 million barrels a day by the end of July, noting “ongoing improvement in oil demand as economic recovery continued in most parts of the world as vaccination programs accelerated.”

Saudi Energy Minister Prince Abdul Aziz bin Salman said there had been “clear signs of improvement” and that big economies such as the US and China were consuming more oil.

However, there were “still clouds on the horizon,” and he urged OPEC+ to continue to monitor the situation on a monthly basis.

Prince Abdul Aziz was forthright in his assessment of the recent view by the International Energy Agency that there was no need for further investment in hydrocarbon fuels, which he said was the “sequel to a La La Land movie.”

He hinted that the Kingdom might consider an increase in its oil output from the current level of about 8.5million barrels, but said there was no obvious sign of a surge in demand later this year. “I’ll believe it when I see it,” he said.

He said the meeting did not consider the prospect of Iranian oil coming back on the market as a result of a deal over nuclear policy, which some analysts have suggested is imminent. “The jury is still out,” he said.

Asked whether he was concerned that higher prices might lead to an increase in US shale production, he said: “I’m not concerned about anything.”