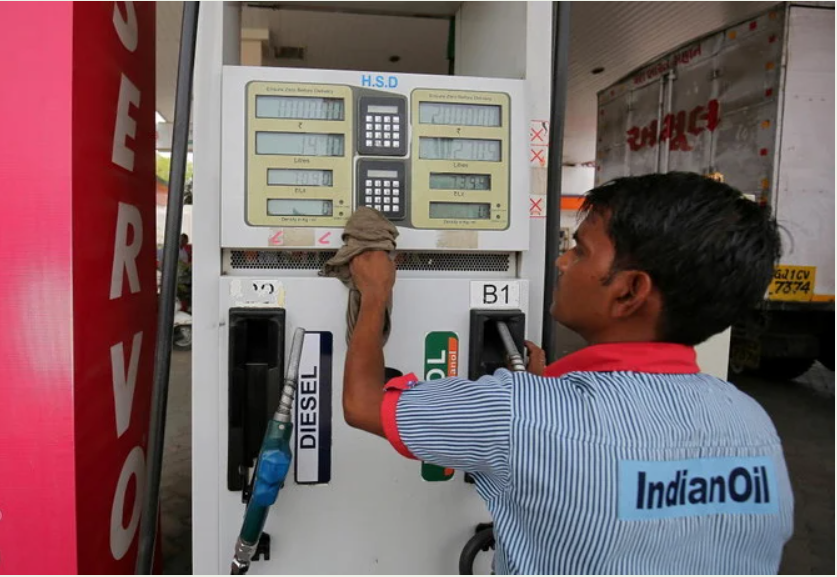 SINGAPORE: Oil prices rose for a second session on Wednesday on signs of strong fuel demand in western economies, while the prospect of Iranian supplies returning faded as the US secretary of state said sanctions against Tehran were unlikely to be lifted.
Brent crude futures were up 37 cents, or 0.5 percent, at $72.59 a barrel at 0520 GMT and earlier rose to $72.83, the highest since May 20, 2019. Brent rose 1 percent on Tuesday.
US West Texas Intermediate (WTI) crude futures jumped 39 cents, or 0.5 percent, to $70.44 a barrel after rising to as high as $70.62, the most since Oct. 17, 2018. WTI prices climbed 1.2 percent on Tuesday.
“Improved demand outlook appears to be bolstering crude oil prices, as the successful vaccine rollouts and summer driving season in the United States and Europe continues to support fuel demand,” said Margaret Yang, a strategist at Singapore-based DailyFX.
Recent traffic data suggests travelers are hitting the roads as restrictions ease, ANZ Research analysts said in a note, pointing to TomTom data which showed traffic congestion in 15 European cities had hit its highest since the coronavirus pandemic began.
On Tuesday, the US Energy Information Administration forecast fuel consumption growth this year in the United States, the world’s biggest oil user, would be 1.49 million barrels per day (bpd), up from a previous forecast of 1.39 million bpd.
In another positive sign, industry data showed US crude oil inventories fell last week, in line with analysts’ expectations, according to a Reuters poll.
The American Petroleum Institute reported crude stocks fell by 2.1 million barrels in the week ended June 4, two market sources said, citing the data.
Price gains had been capped in recent weeks as oil investors had been assuming that sanctions against Iranian exports would be lifted and oil supply would increase this year as Iran’s talks with western powers on a nuclear deal progressed.
However US Secretary of State Antony Blinken said on Tuesday that even if Iran and the United States returned to compliance with a nuclear deal, hundreds of US sanctions on Tehran would remain in place.