Palestinians warn new Israel government ‘will not differ from predecessors’ 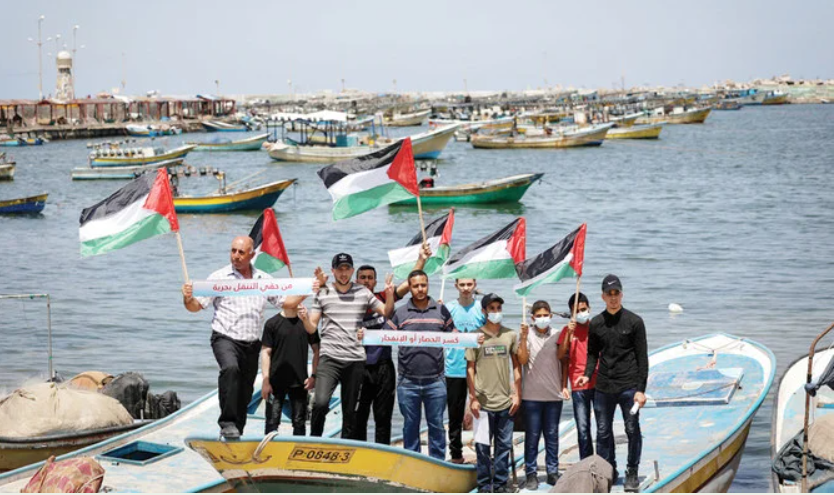 GAZA CITY: Palestine should not expect a radical change in Israeli policy, especially toward Gaza, following the end of Benjamin Netanyahu’s premiership, Palestinian political figures have warned.
However, opinions still differ on the formation of the new Israeli government headed by Natfali Bennett.
Palestinian factions agreed that the new government will not differ from its predecessors.
Osama Hamdi, 33, hailed the departure of Netanyahu as “a great achievement.”
He told Arab News: “The fall of any tyrant, no matter who comes next, should be considered positive, regardless of who will follow in power, even though all Israelis are not doing anything in our favor.”
But Hamdi warned that the new government does not have a strong base in the Knesset and within Israeli society.
Israel’s parliament narrowly approved the new Bennett-led coalition government on Sunday, ending Netanyahu’s historic 12-year rule.
The divisive former prime minister — the longest to ever hold office in Israel — will now serve as opposition leader.
Under a coalition agreement, Bennett will hold office for the first two years of the term, and then Minister of Foreign Affairs Yair Lapid, the architect of the coalition, will become prime minister.
Mohammed Sultan, 45, said that Netanyahu is a “strong figure” who can reach solutions with Palestinians, but in light of the weak new government, no real breakthrough can be achieved regarding Israel’s relationship with the Gaza Strip.
“Throughout history, strong leaders in Israel have taken bold steps — whether in war or peace — like Rabin, Sharon and Netanyahu. Now there is a government in which there is no real leader, so nothing can be achieved with it,” Sultan said.
Israel has imposed a blockade on the Gaza Strip since Hamas took control of the area in 2007. The coastal strip has witnessed four wars and a rounds of fighting since then. Hamas does not expect any change in its relationship with Israel following the inauguration of the new government, especially in light of ongoing tensions with Jerusalem, which led to a military confrontation last month.
Sami Abu Zuhri, a Hamas official, said on Twitter: “We do not count on any change in the occupation governments.
“They are united on the policy of killing and confiscation of Palestinian rights, but the fall of Netanyahu is one of the successive consequences of the victory of the resistance.”
Islamic Jihad spokesman Tariq Salmi said in a press statement: “The occupation is governed by a security and military system that does not stop practicing
terrorism and aggression.
“Therefore, we must always be ready to defend our people, our land and confront this entity.”
The Popular Front for the Liberation of Palestine said: “The formation of a new occupation government headed by Naftali Bennett and Yair Lapid alternately will not change anything on the ground.
“The new prime minister agrees, in essence, with Netanyahu’s program and policies, which are based on aggression, settlements and Judaization.”
Mustafa Ibrahim, a writer specializing in Israeli affairs, also warned that there would be no real change in Israel’s relationship with the Gaza Strip.
“This government is not a change for the Palestinians,” he told Arab News.
“It is an extension of the Netanyahu government as a result of the contradictions in it. It cannot take fateful decisions, but it will be more concerned with internal Israeli issues.
“The new government will abide by the red lines set by the previous government, that easing the blockade imposed on Gaza is linked to the release of the Israelis in Gaza, and agreement on this requires a strong government and a strong Israeli leader, which is not present in the new government.”
However, Ibrahim said that foreign pressure, especially from the US, “may make a difference in Israel’s relationship with Gaza and could keep the flame of confrontation dormant for a period of time.”