Protests in Tripoli, Circular 161 extended again, increased reports of vote-buying: Everything you need to know to start your Thursday  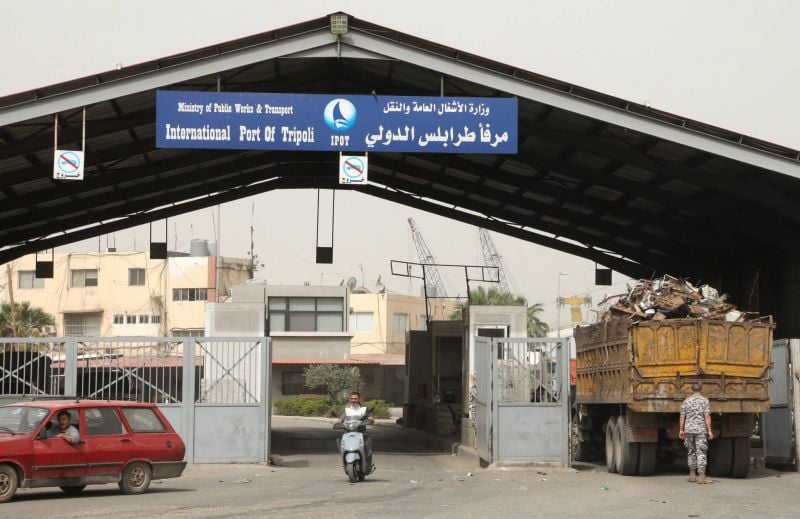 A truck enters the Port of Tripoli, as the Lebanese army found another body from a migrant shipwreck in the sea off Lebanon’s northern coast overnight on April 25, 2022. (Credit: Mohamed Azakir/Reuters)

In the north of the country, dozens demonstrated in front of the Port of Tripoli yesterday to demand the government intensify efforts to search for the missing victims of Saturday night’s tragedy at sea. On Tuesday, the cabinet instructed the Military Court to investigate the sinking of a boat filled with migrants, a gesture seen by some as insufficient, as it amounts to a self-investigation, with some accusing the army of contributing to the circumstances that led to the tragedy. Yesterday morning, the Tripoli-Beirut highway was blocked with trucks from both directions by angry demonstrators dissatisfied with the slow progress of rescue efforts, calling on “all the residents of Tripoli and the North to take to the streets” with them. In the evening, protesters in Akkar attacked a motorcade belonging to MP Hadi Hobeiche. Civil Defense teams continued, for the fourth consecutive day, their search operations at sea and on the coast between Akkar and Beirut. The most recent UN update confirms that the boat was carrying 84 passengers of which 45 people have been rescued to date. At least 39 individuals reportedly died or remain missing, while the seven confirmed casualties include a 40-day-old baby.

The Lebanese Association for Democratic Elections (LADE) reported an increase in the frequency of vote-buying ahead of the upcoming parliamentary elections, according to a report published Wednesday. The report documented increased instances of pressure put on candidates, an abuse of power and public resources in campaigning for candidates and more heated, sectarian speeches hurling accusations of treason at others. Regarding negative incidents involving candidates, the report included evidence of the provision of educational and health services, gas coupons, the sabotage of candidates’ posters, breaking down election tents, and the physical assault of candidates and their teams. The association also documented several speeches that included statements in clear violation of the election law. LADE concluded it will “continue its work in the coming period of observing and checking violations in all electoral districts,” urging voters and candidates to report any perceived violations to info@lade.org.lb.

The central bank extended Circular 161 until the end of May amidst a widening of the gap between the parallel market exchange rate and the Sayrafa rate to LL4,000, up from less than LL500 in February. Circular161, which​​ at first increased and later removed the dollar quotas available to commercial banks, was introduced on Dec. 16, 2021, to deal with the plummeting of the lira, which weakened to around LL28,000 to the US dollar on the parallel market. However, after the lira continued to take a dive, losing around 20 percent by mid-January, the central bank amended the circular to start selling unlimited amounts of US dollars. While the strategy seemed to have its desired effect throughout February, with the parallel market rate gaining ground by 65 percent from the January low, the cost of maintaining the lira around the LL20,000 to the US dollar became a burden.

Out of 15 Arab populations surveyed, Lebanese people were the most pessimistic about their country’s economic future, according to a report published by Arab Barometer on Tuesday. Nearly half of surveyed Lebanese, about 48 percent, “are seeking to leave their homeland for better opportunities abroad.” When asked about the primary reason for wanting to emigrate, economic conditions (7 percent) are not the dominant reason given. “Instead, the most commonly named reason is corruption (44 percent), followed by security considerations (29 percent) and political reasons (22 percent), implying citizens are even more frustrated by the failure of the political system which ultimately led to the financial crisis,” the study stated. No significant gender gap was detected in the desire to emigrate, and around 63 percent of youth aged 18-29 want to leave, according to the study. “Lebanon is also at risk for brain drain, with 61 percent of those with a college education wanting to emigrate compared with 37 percent of those with a secondary degree or less,” the report added.

Parliament Speaker Nabih Berri scheduled a parliamentary session for today at 2 p.m. to vote on a request filed by Lebanese Forces MPs to withdraw confidence in Foreign Minister Abdallah Bou Habib. They accused Bou Habib of “complicating” the ballot for Lebanese expatriates ahead of legislative elections scheduled abroad on May 6 and 8. Lebanese living in Sydney recently raised concerns about the assignment of polling centers, when they said they found that voters from the same family had been assigned to different polling centers, some of which are located hours apart. Lebanon’s consul general in Sydney, Charbel Macaron, was accused by social media users and some media outlets of changing the electoral lists. However, the Foreign Affairs Ministry rejected these criticisms, saying that voters had been assigned to polling stations according to their Australian postal codes as listed on official registration forms.