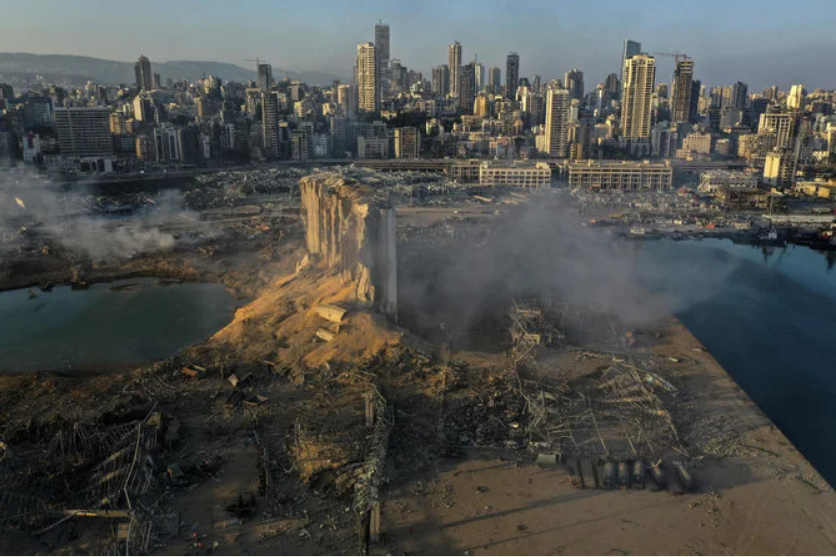 BEIRUT: A group of international and regional rights groups on Tuesday urged member states of the UN Human Rights Council to establish an investigative mission into last year’s massive deadly blast at Beirut’s port.
Human Rights Watch said the call was made in a joint letter by 53 Lebanese, regional, and international groups and individuals, as well as 62 survivors and families of the victims.
HRW said it documented many flaws in the domestic investigation of the explosion — including flagrant political interference, lack of respect for fair trial standards and violations of due process.
Nearly 3,000 tons of ammonium nitrate — a highly explosive material used in fertilizers — had been improperly stored in the port for years. The chemicals ignited in the catastrophic Aug. 4 blast that killed 211 people, injured more than 6,000 and damaged entire neighborhoods.
It still remains unknown what triggered an initial fire at the warehouse that then caused the explosion and who was responsible for storing the rotting fertilizer there since 2014.
“Lebanese authorities have had over 10 months to demonstrate that they are willing and capable of conducting a credible investigation,” said Aya Majzoub, Lebanon researcher at Human Rights Watch. “But they have failed on all accounts,”
Six days after the blast, the Lebanese government referred the Beirut explosion to the country’s Judicial Council, a special court with no appeals process. No indictments have been issued so far.
In December, the prosecutor probing the blast filed charges against the caretaker prime minister, Hassan Diab, and three former ministers, accusing them of negligence that led to the deaths of hundreds of people.
Two months later, the judge in the probe was replaced following legal challenges by two former Cabinet ministers he had accused of negligence.