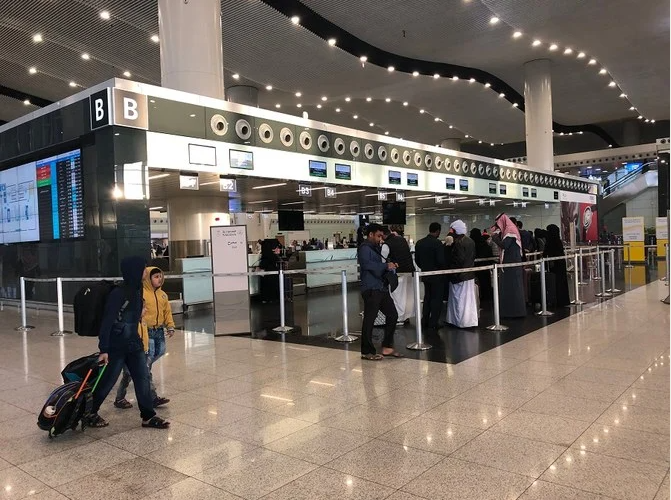 DUBAI: Riyadh-Dubai was the Middle East’s busiest airline route in May as the Kingdom re-started international travel, according to data from OAG.
The popular route was followed by Cairo-Jeddah and Dubai-Jeddah in second and third place respectively.
Saudi Arabia resumed international travel on May 17 with national carrier Saudia operating flights to 30 international destinations. It comes as other regional airlines also slowly emerge from the pandemic.
However, Dubai, the region’s biggest hub for international air travel, is still feeling the impact of the decline in passenger numbers from India, usually its biggest source of visitors.
“India is one of the largest source markets for the UAE and Dubai in particular,” Aathira Prasad, head of macroeconomics at Nasser Saidi & Associates, told Bloomberg TV on Sunday. “With the restrictions related to COVID-19 and the flights being stopped, that’s a massive hit on the tourism market.”
Globally, Asia dominated the busiest domestic airline routes during the month. Infact, just one of the busiest air routes in the world operates outside Asia – this is Saudi Arabia’s busiest trunk route between Jeddah-Riyadh — the ninth busiest domestic airline route overall, OAG said.
OAG defines the busiest air routes as those with the largest volume of scheduled airline seats in a given calendar month.