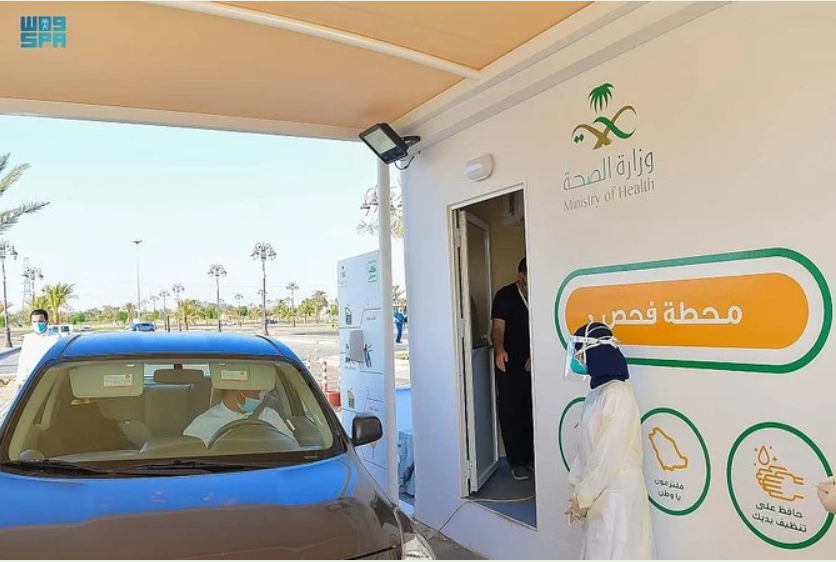 RIYADH: Saudi Arabia recorded 17 new COVID-19 related deaths on Tuesday, raising the total number of fatalities to 7,488.
The Ministry of Health confirmed 1,261 new confirmed cases reported in the Kingdom in the previous 24 hours, meaning 459,968 people have now contracted the disease.
Of the total number of cases, 9,698 remain active and 1,580 in critical condition.
According to the ministry, the highest number of cases were recorded in Makkah with 401, followed by the capital Riyadh with 304, the Eastern Province with 167, and Madinah and Asir confirmed 84 cases each.
The health ministry also announced that 922 patients had recovered from COVID-19, bringing the total number of recoveries in the Kingdom to 442,782.

The ministry renewed its call on the public to register to receive the vaccine, and adhere to the measures and abide by instructions.
Meanwhile, the Ministry of Islamic Affairs reopened 11 mosques in three regions after temporarily evacuating and sterilizing them after some people tested positive for coronavirus, bringing the total number of mosques closed and reopened after being sterilized to 1,520 within 122 days.
The ministry said it has carried out 21,765 inspection tours of mosques across the Kingdom during the past week, where it recorded a total of 1,362 violations, “which were immediately addressed.”
The coronavirus pandemic has affected over 174 million people globally and the death toll has reached around 3.75 million. 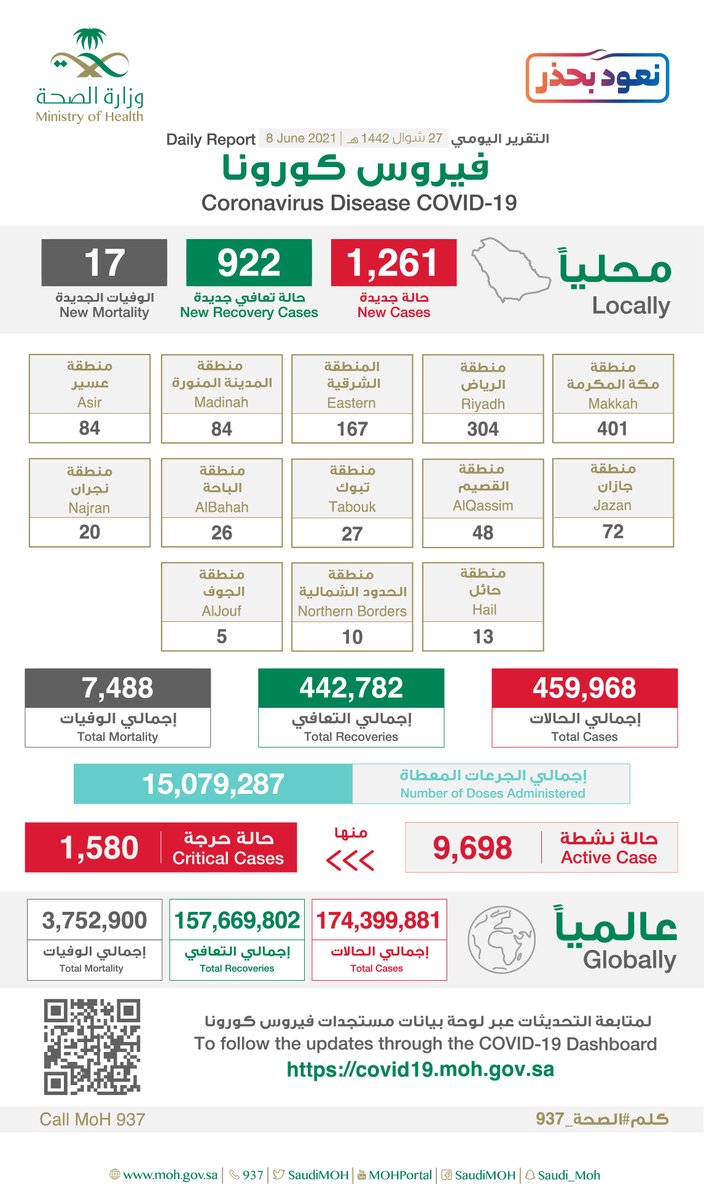