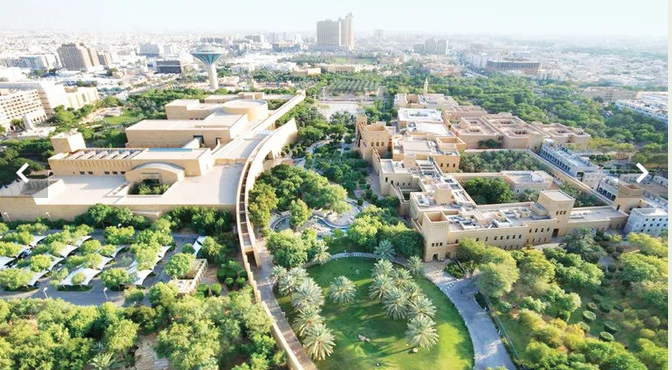 EDDAH: Within Saudi Arabia’s Vision 2030 program is a plan to address environmental issues and implement sustainable solutions. Over the past five years, the Kingdom has taken great strides in “go green” initiatives that include everything from recycling to waste management.

Earlier this year, five national environmental centers, and an environment fund, were approved by a royal decree, as part of a national plan to regulate institutional structures in the environment sector, with climate change and sustainability two of the most important environmental challenges that Saudi Arabia faces.
Under the theme of “Generation Restoration,” Deputy Minister of Environment, Water and Agriculture Mansour Al-Mushaiti stated that the Kingdom was going to great effort to restore and protect ecosystems through various campaigns over the next decade.
The ministry has launched 17 initiatives to protect the environment, as well as developing meteorological services as part of the 2020 National Transformation Program.
Al-Mushaiti added that work is underway to establish a climate change center, in addition to stopping the cultivation of crops with high water needs and the introduction of environmentally friendly and water-efficient technologies, amid 64 further initiatives within the national environment strategy.
With the goal of becoming a zero waste city, Madinah municipality has partnered up with Bee’ah, a UAE company created in 2007 and considered one of the leading companies for sustainable solutions in the Middle East, to provide waste management solutions.
With projects spanning from environmental consulting to renewable energy, technology, sustainable transportation and training and development, Bee’ah has expanded into the Kingdom and has been awarded three contracts for waste management services in Madinah, encompassing 70 percent of the city and serving 1.2 million people. Services will include solid waste collection and transportation services, disinfection and sanitization of waste bins, training sessions, workshops, and awareness campaigns.

“We are proud that Bee’ah have been tasked with deploying its world-class city cleaning and waste collection solutions for Madinah last year, and we are developing a comprehensive roadmap for waste management services to make Madinah the cleanest city in the Middle East,” Mohamed Al-Hosani, CEO of Bee’ah KSA, told Arab News.
Al-Hosani said the Kingdom is making excellent headway to promote sustainable development and to protect its environment.
Earlier this year, Crown Prince Mohammed bin Salman announced the Saudi Green Initiative and the Middle East Green Initiative aimed at reducing carbon emissions by 60 percent, increasing 50 percent of its energy capacity from renewables by 2030, and planting 50 billion trees in the Middle East.
He said the Kingdom has made a number of commitments under Vision 2030 and the G20 Summit in Riyadh last year outlining their approach to sustainability.