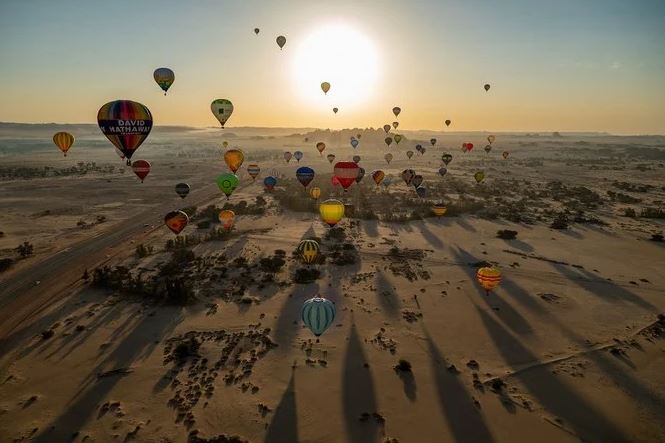 RIYADH: Saudi Arabia, in partnership with the World Bank, pledged $100 million to establish the International Fund for Comprehensive Tourism, Ahmed Al-Khateeb, the Kingdom’s Minister of Tourism said during the opening speech of the Tourism Recovery Summit 2021 held in Riyadh.

“This will be the first and the only global fund dedicated solely to sustainable international tourism growth,” he said.

The ongoing global coronavirus (COVID-19) pandemic has brought the tourism sector to its knees. Steps are now being taken by industry leaders to help the sector recover as it navigates its way through the impact of the health crisis.

“Sustainability, inclusivity, and collaboration,” are the three vital principles the Saudi minister believes will be responsible for the global tourism recovery effort.

“I am proud to say the Kingdom of Saudi Arabia is already acting on these principles,” he said.

“As a new destination, our priority is to protect our rich nature and cultural heritage and to set new standards in sustainability. Our giga projects will combine nature-adventure and cultural attractions in a way that adheres to the highest environmental standards.”

NEOM, a city located in the north of the Kingdom, will be the first city to rely solely on natural modes of transportation and eliminate carbon emissions of any kind. The Red Sea Project aims to be the largest global destination powered by “clean energy” with no connection to the national grid, the minister explained.

Furthermore, the minister also highlighted the recently announced Saudi Green initiatives which he said: “will protect more than 30 percent of the Kingdom’s land and enhance our precious, natural heritage by planting 10 billion trees.”

International arrivals in Saudi Arabia plunged by 74 percent in 2020 due to the pandemic while tourism contribution to global GDP nearly halved, according to the Saudi minister, with more than 60 million jobs lost worldwide.

During Saudi’s G20 presidency, the Kingdom hosted the first-ever private sector tourism event in collaboration with policymakers to forge strategies for the future of tourism and coordinate immediate-response action to the pandemic.

“We are talking about $5.5 trillion in losses in 2020 globally for this industry,” Princess Haifa bint Mohammed Al-Saud, the assistant tourism minister for executive affairs and strategy, said during the panel talk.

“We have changed the language in Saudi Arabia. We no longer call it jobs in tourism, we call it careers in tourism,” she said.

During the pandemic, 35,000 jobs were created in the Kingdom at a time when the world was losing jobs in tourism, Princess Haifa explained. Saudi Arabia additionally witnessed a 33 percent increase in spending due to a shift in focus towards domestic tourism.

A total of SR13.9 billion ($3.71 billion) was spent during the summer of 2020 alone, Princess Haifa said: “We have promoted it locally and engaged the local community.”

International travel restarted in the Kingdom on May 17. Last week at the annual Arabian Travel Market, the CEO of the Saudi Tourism Authority, Fahd Hamidaddin, said the fourth quarter of this year could be a turning point for the Saudi tourism industry as the countries that it is targeting reach a 70 percent vaccination rate.

Saudi Arabia opened up to international tourism in September 2019 and has since announced a number of megaprojects to attract visitors, including a $530 million fund to develop key destinations across the Kingdom. Riyadh aims to raise the contribution of its tourism sector to its GDP from 3 percent to 10 percent, in a bid to modernize its economy and veer away from oil dependence.

Market research firm Euromonitor International estimated in March that inbound tourism spending in Saudi Arabia would reach $25.3 billion by 2025, recovering from the impact of the pandemic.

Saudi domestic tourism exceeded expectations during the pandemic, despite the UN World Tourism Organization (UNWTO) describing 2020 as “the worst year on record in the history of tourism.”

Figures from the UNWTO in December revealed that destinations welcomed 900 million fewer international tourists between January and October, compared with the same period in 2019, which was a 72 percent year-on-year slump.