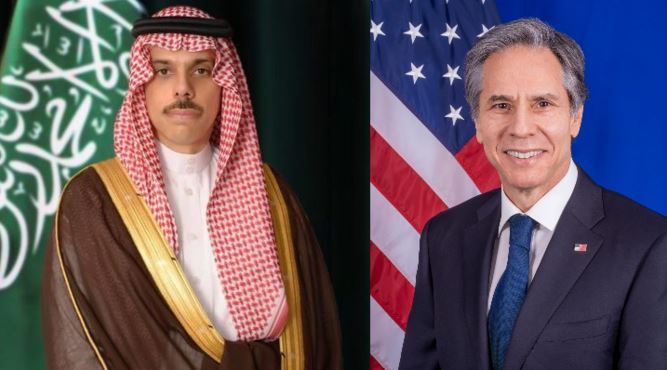 RIYADH: Saudi Arabia’s Foreign Minister Prince Faisal bin Farhan on Sunday discussed the ongoing efforts to calm tensions in Israel and the West Bank and Gaza and bring the current violence to an end, during call with US Secretary of State Anthony Blinken.

Blinken “lamented the loss of Palestinian and Israeli lives and urged engagement to prevent a deepening of the crisis,” the State Department said, adding he also “expressed his belief that Palestinians and Israelis deserve equal measures of freedom, dignity, security, and prosperity.”

During the phone call, the two ministers reviewed the strategic relations between their two countries and ways to enhance them in all fields, the Kingdom’s foreign ministry said on Sunday.
They also discussed the most prominent developments, foremost of which are developments in Palestine and the region.

The two ministers also discussed other important priorities, including bolstering Saudi defenses, achieving a comprehensive cease-fire and transition to a political process in Yemen, the State Department added.
Blinken also conveyed his best wishes to the foreign minister and the Saudi people for Eid Al-Fitr