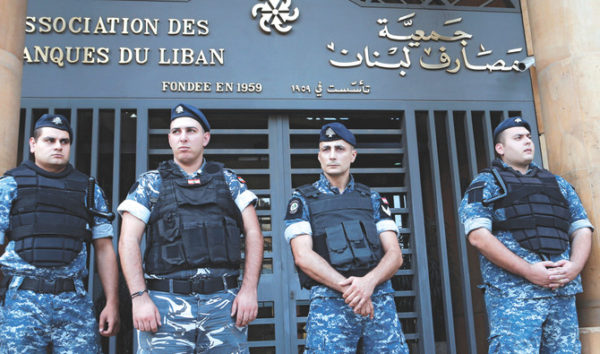 BEIRUT – Lebanon’s efforts to secure $3 billion in International Monetary Fund support to help it tackle its financial crisis could be derailed by divisions over how to deal with massive financial sector losses, the economy minister told Reuters on Wednesday.

The Association of the Banks of Lebanon (ABL) said at the weekend that it rejected the latest draft of the government’s recovery plan, which foresees a bail-in of some deposits, haircuts to others, and asks bank shareholders to inject new capital.

“We won’t be able to secure a full IMF deal without the banking restructuring. It’s a major piece of the prior actions” that the IMF wants Lebanon to take before agreeing to a full support deal, said economy minister Amin Salam.

“You need the government, the central bank and the banking sector to be on the same page. You can’t do it if they’re not all on one page,” added Salam, who is also a member of Lebanon’s negotiating team with the IMF.

The ABL called the plan “disastrous”, however, and said it would leave banks and depositors shouldering the “major portion” of what the government says is $72 billion in losses.

The ABL’s approval is not required for the government to begin implementing a plan – but experts say support from the banking sector could contribute to finding a way out of the crisis.

Banks have said that the state should foot the bill for the losses, including by privatising public assets.

Lebanon reached a preliminary agreement with the IMF earlier this month that listed a number of so-called prior actions that the fund said must be implemented before it could reach a full deal with the country.

These include approval of a reformed banking secrecy law and the “initiation of an externally assisted bank-by-bank evaluation for the 14 largest banks”.

Lebanon’s banks have been major lenders to the government for decades, helping to finance a wasteful and corrupt state that tipped into financial meltdown in 2019.

The collapse has resulted in depositors being shut out of their savings as the local currency lost more than 90% of its value.