Israel’s Supreme Court has rejected a number of petitions that could have delayed a historic US-mediated maritime border agreement with Lebanon,  which Washington predicted could be finalised on Thursday.

Four groups, including an Israeli opposition MP, had asked the court to force the government — which is looking to fast-track the deal before a November 1 parliamentary election — to instead hold a full vote in parliament.

The court’s decision removes one of the last hurdles in Israel that could disrupt the deal between two countries who technically remain in a state of war with each other.

The deal paves the way for energy exploration in the eastern Mediterranean for both countries and in theory removes a potential source of conflict.

Amos Hochstein, the US energy envoy and lead mediator in the indirect negotiations, described the deal as a “really great development, a historic agreement between two enemy countries”.

“We are going to have a deal — hopefully sign it — this Thursday, and I hope this continues our commitment to stability and prosperity in the region for both countries,” he told CBS on Sunday.

There has been opposition in Israel to how the government has handled the deal. Some, including former prime minister and opposition leader Benjamin Netanyahu, have argued that the agreement risked strengthening Iran-backed Hezbollah, the Lebanese armed group and political party that is Israel’s arch foe.

Mr Lapid said his government’s approval was sufficient, while the opposition said it must be ratified by parliament, especially during an election run-up.

The agreement sets a maritime border between Lebanese and Israeli waters for the first time, ending a dispute that had rumbled for years.

It also establishes a mechanism for both countries to get royalties from French firm TotalEnergies’ exploration of the Qana offshore prospect gas field that straddles the boundary. Lebanese officials have insisted that any sort of deal does not represent cooperation with Israel.

Lebanon is in desperate need of any sort of revenue that could help lift it out of a devastating economic crisis that has been described by the World Bank as one of the worst in modern history.

Much of the population has been plunged into poverty and there are widespread shortages in electricity, clean water, bread, medicine and other essential supplies. 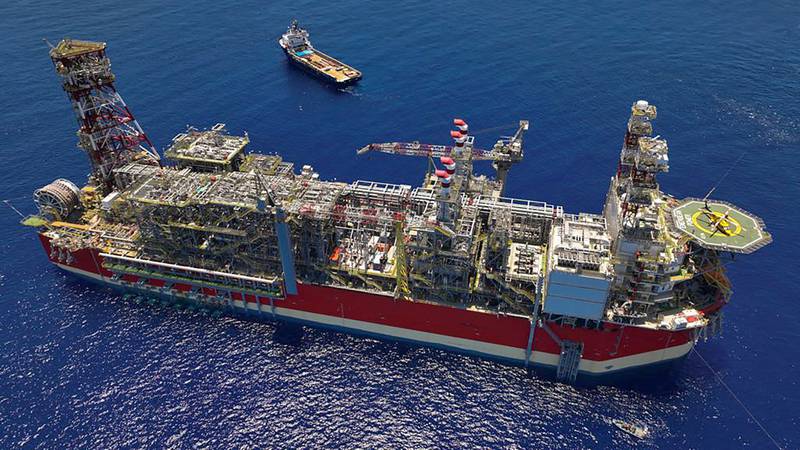