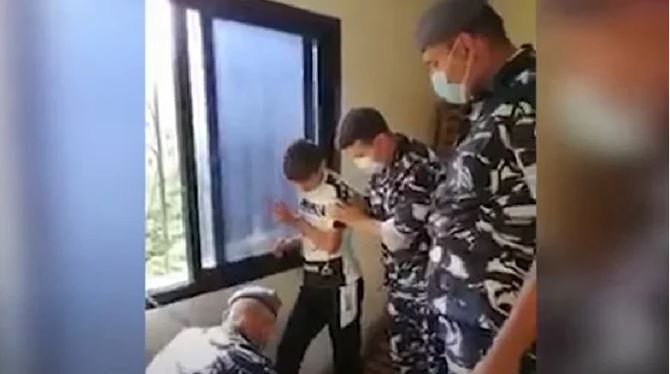 CAIRO: Lebanese armed forces broke into a house to free a child who was chained to window bars for 72 hours after facing alleged domestic abuse, according to local reports.
Authorities have arrested a woman in Juya, southern Lebanon, after receiving information accusing her of torturing her son.
In video footage that has gone viral, a group of Lebanese army officers can be seen kicking down an apartment door after no one responded.
They then proceed to search for the boy only to find him chained to bars on a window – which he shouted from to get help from passers-by in the street.
The video shows the child clearly distraught as security forces attempt to calm him as they try to cut him free from the chain.
Local reports say the mother is accused of torturing the boy during which it is understood she burned him in ‘sensitive areas of his body.’
The name of the victim has not been disclosed.