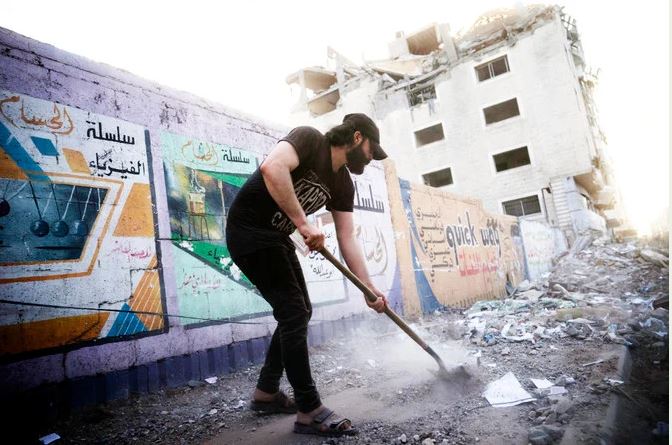 GENEVA: The UN agency for Palestinian refugees said Friday its priority following the ceasefire between Israel and Hamas was to identify and help those left homeless in the Gaza Strip.

Schmale voiced an “enormous sense of relief” that a ceasefire had been reached, but said the truce felt “fragile.”
“I am convinced after being here three-and-a-half years that we will be back in a war if the underlying causes are not addressed,” he told reporters in Geneva via video link.

Schmale said UNRWA in Gaza was moving from an emergency response mode to early recovery, as he spelled out three priorities, the first of which was to identify and support those who were now homeless.

“Overnight, most of the 66,000 people that had sought refuge in our 59 schools have gone home. There’s only a few hundred left. Those are likely people who’ve lost their homes,” he said.
The second priority was to begin a serious damage assessment, and the third was “to recognize this is a terrified, traumatized population. This is a level of trauma added onto others.

“We cannot just look at this as physical rebuilding. We need to rebuild lives, or help rebuild lives,” the aid director said.
As for the cost of recovery and rehabilitation, it was “too early to put a price tag” on it, Schmale added. Regarding the COVID-19 situation in the territory, he noted that the second wave of the virus there had begun to wane before the conflict erupted.

“Many of us are very worried that during these 10 days of war, we may have in fact seen the beginning of the third wave because of course precautionary measures and so on were not adhered to,” he said.